Recently we have written about Italian 3D printer OLO, which prints from light hardened resins using smartphone’s screen for 99$. The device triumphed on Kickstarter and collected over 1 milion $ after 5 days of campaing. For now it is 1,3 mln $ and we are wondering if they will  kick  a record of Micro from 2014, which was 3,4 mln $. Anyway, the next capmaign of a super cheap 3D printer, which can make a big mess on the market,  is coming soon on Kickstarter.

A new 3D printer was called Trinus and is offered in form of kit to self assembly. It costs only 299 $, and in “early bird” version even 199 $, so only 100 $ more than in case of OLO. It prints in FDM technology and it’s possible to add an independent nozzle to engrave with laser.

This device is something special because of some nuances which make it a very good products. Let’s start with its construction – all of the elements are made from metal and what’s more components like screws and slides are soild. It’s quite important, when we consider its price – 3D printers in this price range base on threated bars, plexiglass, wood or a lot of printed elements. But not in case of this 3D printer – everything is mafde from aluminium and steel.

Secondly, a perfect kit to self-assembly. Trinus has barely 11 components and its assemlby takes about  30 minuts! It means, that problematic elements like extruder or slides with engines are assemblet, you just need to put them together and start printing. Creators of the device assure, that after assembly, you won’t need a special, long-lasting calibration (most probably only a setting of nozzle towards workbed). If it’s true, it will be a perfect kit.

The third point is the question”if it’s that good, why it’s so cheap?”. Well, Trinus can be of course the next of Kickstarter defeats and share Buccaneer lot, however they were quite solid companies. A creator of Trinus is a beginner – company Kodama, which is rather not know, but it has three trustworthy partners. Flextronics, a concern which is good valued on American stock exhange,  is responsible for elextronics, and for production of mechanic components, a Chinese company Panowin (now you can understand why the price is so low).  A producer of filaments is a well-known Chinese company – Polymaker.

It’s worth to notice, that Kodama plans to send kits bought on Kickstarter in the summer this year. 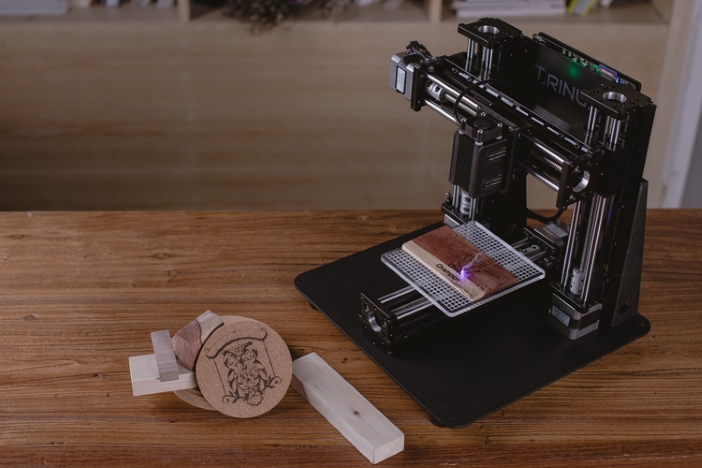 Generaly speaking,  Trinus is similar to Printrbot Play, which is popular in the USA, but it costs 100 $ less and its working area is a little bit bigger. It has also a replacable nozzle to engrave with laser, but in my opinion it’s rather a curio or a gadget, than a tool to work with. 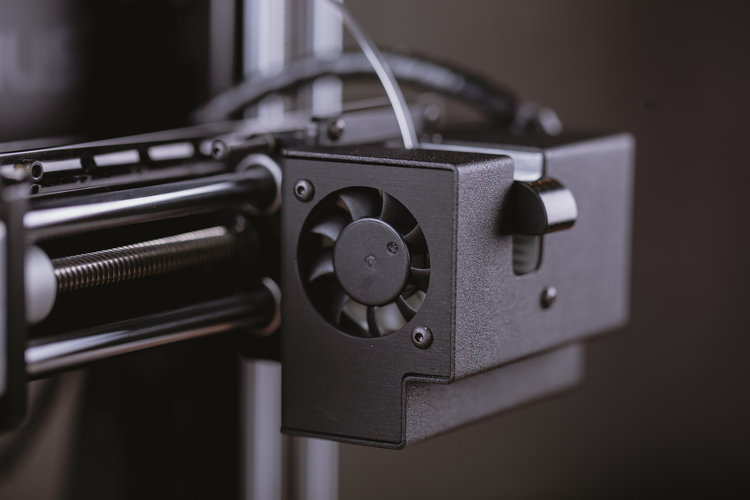 All in all, Trinus seems to be interesting and has a real chance to earn min. 1 mln $ on Kickstarter. Fo this moment, I’m not going to back this campaing like OLO (I have a few FDM in my company) but I think it’s worth to invest in. Honestly, I would rather support Trinus, than bought a suspect Chinese production on eBay.