After a successful fourth quarter of 2022, where the company posted + 18% revenue growth, Stratasys’s growth dynamics continued in the first quarter of 2022, driven in particular by sales of 3D printers, whose revenue increased by + 37% in one quarter. The product sector generated revenue of $ 113 million, a + 25% increase compared to Q1 2021. According to Stratasys CFO Eitan Zamira, sales of 3D printers were significantly boosted by sales of the Origin One photopolymer 3D printers and the H350 powder printer.

The company’s service revenues also grew by almost + 15%, generating $ 50 million in revenue, with the aviation, automotive and fashion sectors being the key sectors.

At the same time, the company’s operating expenses increased from $ 73.9 million in Q1 2021 to $ 89.3 million in Q2 2022, which Zamir said was mainly due to Stratasys acquisitions of Xaar, Origin and RPS last year. year.

Stratasys expects revenues to continue to grow in 2022 with the recent launch of two new industrial 3D FDM printers, 16 new 3D printing materials, and GrabCAD Print software for Origin One and Origin One Dental. Zeif believes that new product updates will increase the value its products can bring to customers and strengthen its offering in many markets.

Following a successful Q1 2022, Stratasys improved its revenue forecast for the 2022 fiscal year from $ 685 million to $ 695 million. The company also anticipates an improvement in gross margins and operating margins during the year, although Zamir indicated that the guidelines still include MakerBot’s full-year contribution as the recently announced merger with Ultimaker is not over yet. At the same time, the company plans to update its financial forecasts later this year. 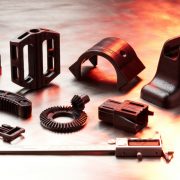