No, it’s not April Fool’s Day. It really happened. MakerBot – the first manufacturer of desktop 3D printers in the world, and also one of the largest companies of this type on the market, announced its merger with Ultimaker – considered by many to be the largest player on the desktop market in general. Under the agreement, NPM Capital – the owner of Ultimaker, plans to bring the assets of the Dutch company into the newly created entity and invest in it USD 15.4 million, while Stratasys – the owner of MakerBot, will contribute the assets of the American producer and invest an additional USD 47 million. At the same time, NPM Capital will own 54.4% and Stratasys 45.6% of the shares of the new, merged company. To try to put it in perspective – it’s like Ford merged with Volkswagen…

The new entity will be supported by the existing investors – NPM Capital and Stratasys, and will benefit from the planned cash investment in the total amount of USD 62.4 million. The new company will be led by Nadav Goshen – current CEO of MakerBot and Jürgen von Hollen – current CEO of Ultimaker. von Hollen will act as co-CEO and manage commercial operations, while Nadavem will be operational and R&D oversight. Both companies – now one company, will maintain their current headquarters in the Netherlands and in the USA.

Following formal closure, the transaction will not have a significant impact on the revenues of Stratasys, which owns less than 50% of the new entity. The transaction is subject to consultation with the appropriate employee representative bodies and regulatory approvals, as well as other customary terms and conditions for formal contract closure, with the result that the final timeframe for final closure is not yet available. Nevertheless, the above activities are expected to end in the second or third quarter of 2022.

While MakerBot has for several years been overshadowed by Stratasys – its current, sole owner, Ultimaker is undoubtedly the number one manufacturer of FDM / FFF desktop 3D printers for corporate clients in the world. The merger of both companies into one entity creates a gigantic gap between it and any other company of this type from Europe and the world. On the other hand – both MakerBot and Ultimaker automatically lose their main competitor on the market, creating one global – and so far unmatched for anyone else team.

Over the next few months – and maybe even the entire year, several important issues will remain to be resolved between the companies:

Regardless of the above, there is one more thing worth mentioning – the undisputed winner of this transaction is Stratasys. If there was any company in the world that could in any real way compete with its FDM class products in terms of the scale of implementation in manufacturing enterprises, it was Ultimaker. Now it becomes the owner of 45.6% of the entity that Ultimaker is part of. The creator of the FDM technology currently owns nearly half of the shares in the largest manufacturer of desktop 3D printers of this type… 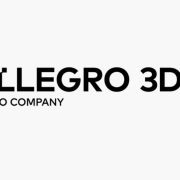 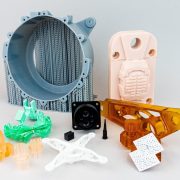