For some time now, many manufacturers of desktop 3D printers boast the ability of connection of their devices via WiFi. Unfortunately, in many cases the way of setting up a network connection is quite complicated and the devices themselves are devoid of video cameras, which makes this functionality quite poor. The Ultimaker, along with the launch of the third generation of its 3D printers, ensured that in this case it was solved in a very simple way. We decided to test it out.

In the upper right corner of CURA there are two icons – the first switches to the virtual table image, where we prepare the 3D printing models, the second switch to the control panel of the device. In fact, this formulation is strongly on the rise – all we can do is pause or pause 3D printing, but we also have a preview of the device as well as the temperature information of the head and the work table. Of course, you can also see the time it takes to complete the entire 3D print.

Ultimaker 3 is by default equipped with a video camera mounted in the upper right corner of the device. The image is transmitted in real time (not in a time) to the CURA control software.

How to configure the connection?

To set up a connection to Ultimaker 3 via WiFi, select the third SYSTEM item from the main menu of the 3D printer.

The 3D printer begins to create its hotspot. It may take a few minutes, but it actually takes just over a minute.

When this is done, we need to select the network created by the 3D printer on the computer.

Once connected to the device, open a web browser where the connection wizard displays with instructions on how to do this. 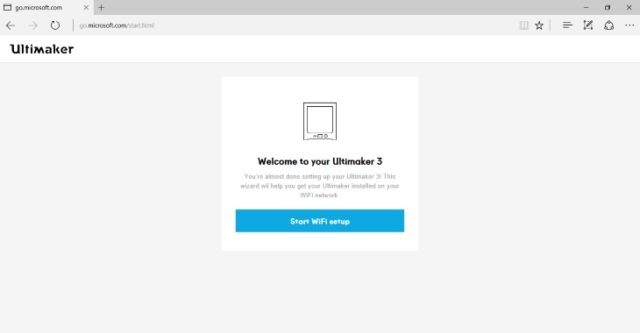 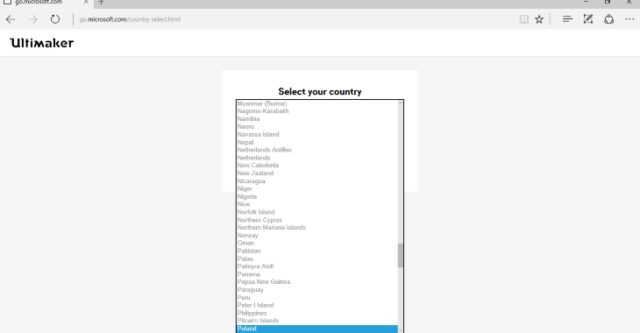 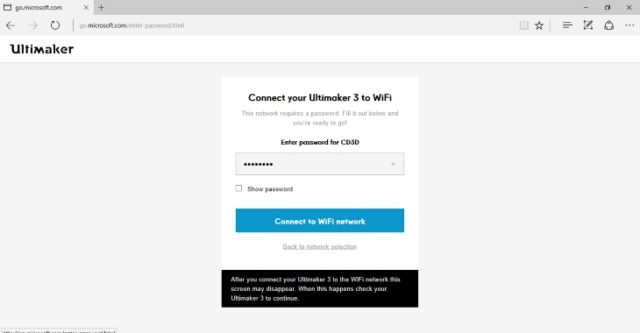 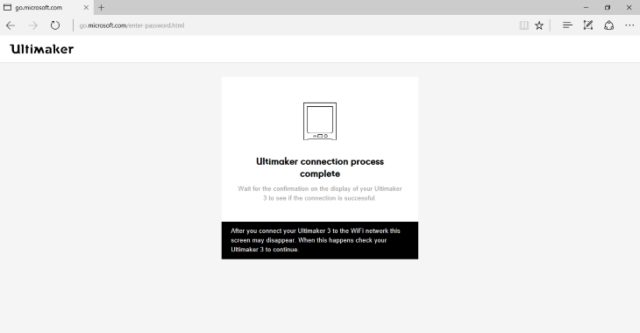 We choose the local network to which our 3D printer is assigned – in our case it is “CD3D”. We open CURA and select a 3D printer from the list and connect to it. 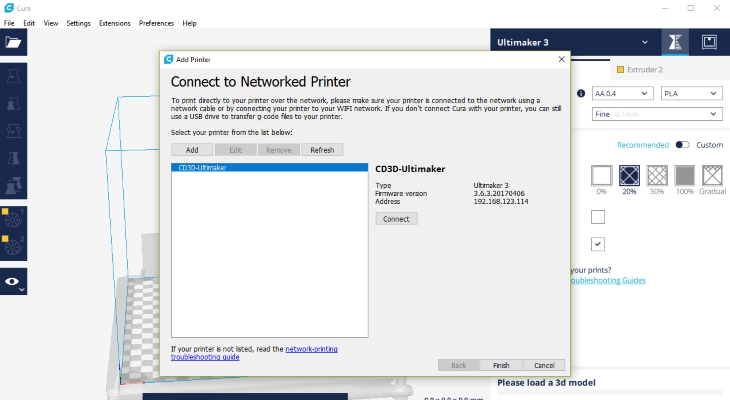 The last step is to allow CURY 3D printing. We do this from a 3D printer.

After this step the configuration is complete. The whole process takes less than 5 minutes.

When we connect to the 3D printer from the computer and switch to the viewer, we will display the video camera image. 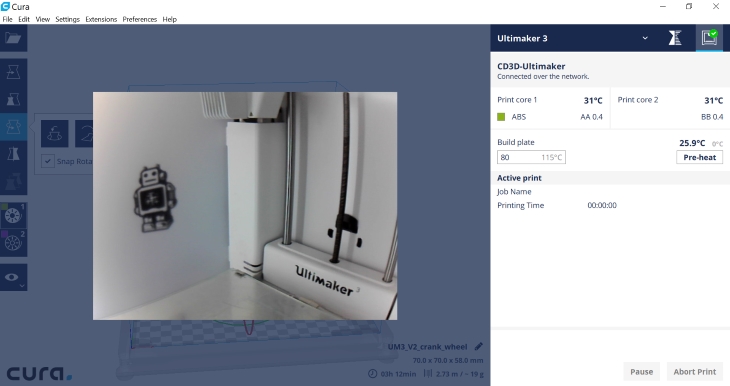 When you switch to the spatial modeling window, the “PRINT OVER NETWORK” button appears instead of the “SAVE TO FILE” button by default. Of course, we can change this from the drop down list. 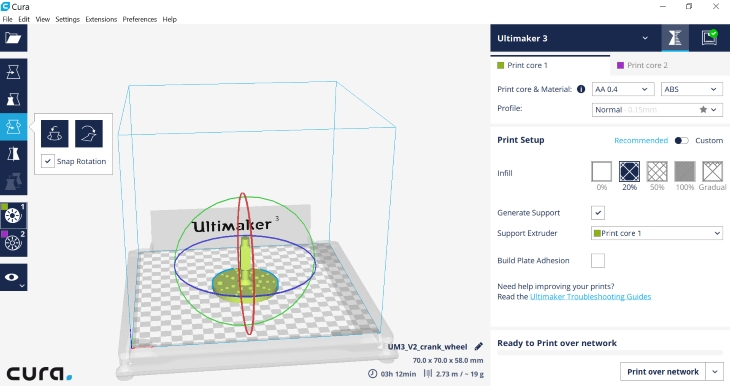 After cutting the model and clicking on the button, GCODE is sent to the 3D printer. It takes very little time. From this point on, 3D printing starts and we can only pause or stop. 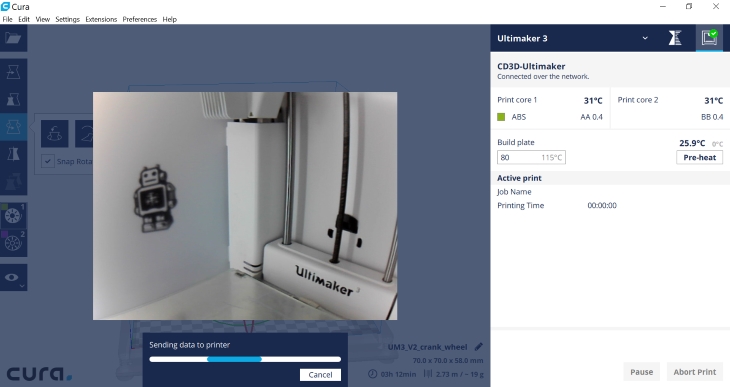 For the moment we have noticed three:

Well, we have a constant preview of the 3D printer and we do not need to check from time to time whether everything prints as we need to, or how much time is left to finish work? It’s a big profit. Well, and probably the most important thing – setting up a connection with a 3D printer is as simple and trivial as with other office equipment. Even the greatest layman will be able to handle this.