3D printing the cultural history of humanity? Absolutely. 3D production methods are breaking new ground all the time. The unwritten motto of 3D experts seems to be the desire to continually test the limits of the technology. 3D printing is even opening up totally new possibilities for documenting and copying artifacts in the field of archeology. The latest example is a replica of the figure of a bronze horse rider from an early Celtic chieftain’s grave near Unlingen, Germany in the Biberach region of Baden-Württemberg. Using one of its M2 cusings, Concept Laser has produced a faithful copy of this prehistoric rider. An object nearly 2,800 years old is being printed out of powder.

3D metal printing is making it possible to utilize archeological discoveries in new ways. By creating a faithful replica, original objects can be evaluated scientifically and replicas made available for exhibitions at the same time. Cultural history is taking shape in 3D printers. Holding the Rider of Unlingen in your hand lets you look back at 28 centuries of cultural history.

The scientific implications of the “Rider of Unlingen”

The Rider of Unlingen is a burial object found in a Celtic chieftain’s grave from the Hallstatt culture. This bronze statuette of a rider on a double horse was located in a wagon grave in Unlingen, Germany which had already been robbed in ancient times. The broken edges of the incomplete legs of the horse indicate that the statuette was originally mounted to another object which is no longer preserved. This could have been the top of a bronze lid, the base of a larger bronze vessel or furniture, a wagon or a yoke. The other burial objects date the figurine to the 8th or 7th Century B.C.E. Figurative depictions from this time period are extremely rare in southern Germany. The Rider of Unlingen represents one of the oldest depictions of a horse rider north of the Alps. This figurine is a unique early Celtic piece in Central Europe.

The “Rider of Unlingen” 3D project

The transition from molding to additive manufacturing opens up new prospects for scientific evaluation in the field of archeology, as well as the exhibition of objects in several different places at the same time. Until just a few years ago, discoveries could only be reproduced through direct molding, a process which always risks damaging the original. Through the use of additive 3D technology, it is now possible to produce copies without contacting the original at all. To digitize the “Rider of Unlingen” object from the Hallstatt culture, a specialized process known as x-ray computer tomography (CT) was used.

The bronze horse rider was x-rayed three dimensionally and evaluated using the “VG Studio Max 3.0” software from Volume Graphics. The STL data obtained through this process makes it possible to transfer the industrial 3D printing process of today over to applications in the field of archeology. In the meantime, the technical progress being made in terms of material variety and printing precision is enormous. For the 3D printing job, Concept Laser provided the Baden-Württemberg State Office for the Preservation of Monuments with its LaserCusing technology in the form of an M2 cusing.

Concept Laser’s material engineers also found a bronze alloy similar to the original: a modern copper-tin alloy with a density and specific weight approximating those of the artifact from the 8th/7th Century B.C.E. The precise percentages of copper and tin could still be determined using x-ray fluorescence analysis. This is how the “Rider of Unlingen” was printed in bronze true to the original. Visually and tactilely, the reproduction horse rider is on par with the original piece. 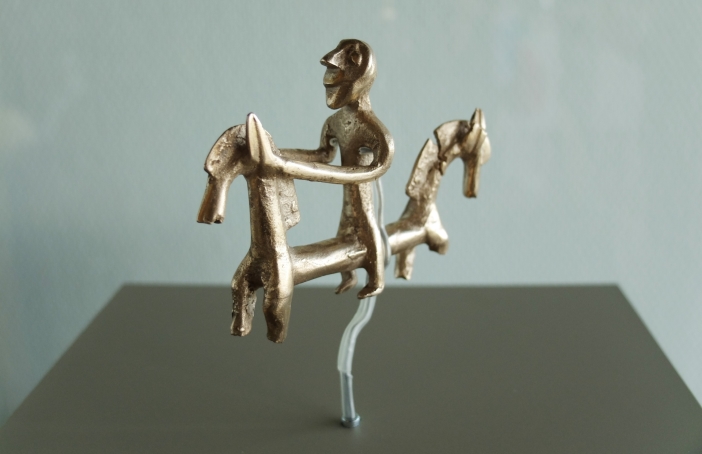 The additive manufacturing of faithful replicas through 3D printing is opening up new prospects for the field of archeology, making discovered metal objects available for scientific purposes. At the same time, copies can be exhibited to museum visitors. Essentially, multiple copies of historical discoveries can be printed out and used, where only experts would be able to tell the difference through material analysis, as the production process uses powder of modern origin. 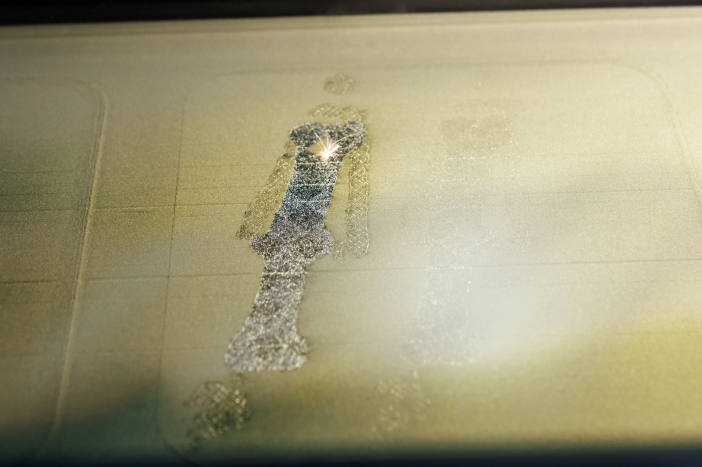 Even the issue of re-engineering isn’t taboo – theoretically, it should even be possible to reconstruct heavily damaged objects in the future. These objects would then have the same shape as the original production, enabling the destructive traces of history on them to be erased. Artifacts from humanity’s past give us a glimpse of our cultural history, and 3D printing makes it possible to experience this history in a tangible way.