Photocentric, a British manufacturer of light-curing resins and 3D printers, has launched a new device called LC Opus. It is the ninth 3D printer in the offer of the company, which was the first in the world to develop and popularize 3D printing from resins irradiated with light emitted by LCD screens.

Initially, Photocentric was primarily a producer of photopolymer resins and stamps. In 2015-2016, he expanded his activity to the production of his own 3D printing devices, largely to promote the sale of resins. However, it soon turned out that the production of 3D printers is equally profitable and currently constitutes a key position in the entire structure of the company’s revenues.

LC Opus cures the resin with a specially designed 14 ” 4K monochrome LCD panel. The wavelength is 410 nm in the UV range, making the 3D printer compatible with many resins from different suppliers. The manufacturer emphasizes the high speed of 3D printing, claiming that LC Opus can print objects up to 18 mm per hour and harden layers at the level of 0.05 mm in about 2 seconds. 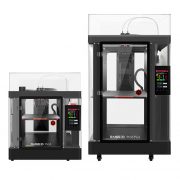 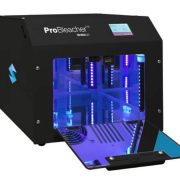