It has been only four months since we got our The Form 1+ and started dabbling in the SLA technology. We have decided to sell our 3D printer to another company and to end the frustrating struggle with the light-cured resin which we never managed to harness. What was the reason of our failure? The device which did not print as it should? Maybe our ignorance and lack of skill? Here is a short account of the struggle and an attempt to answer the question: Is The Form 1+ and 3D printing with resins for everyone…?

When in mid-September 2015 I published the article about our first experiences with The Form 1+ I was already aware of a number of problems that would haunt us in the coming months. The lack of reproducibility, tearing of prints and the expensive consumables made us increasingly reluctant to any prospect of starting up the 3D printer, and at some point we would simply procrastinate 3D printing with The Form 1+, justifying it with other duties.

Does this mean, then, that The Form 1+ is hopeless and impossible to work with? Nothing of the sort. In terms of functionality is the perfect device. After the last software update (PreForm), to start 3D printing a model is basically as easy as to select the resin type and the layer height (needs to be done every time we start the program). Then click on the new print creator button… and click the start button to print. Everything is fully automated and the novice users should have absolutely no problems with the start of work. 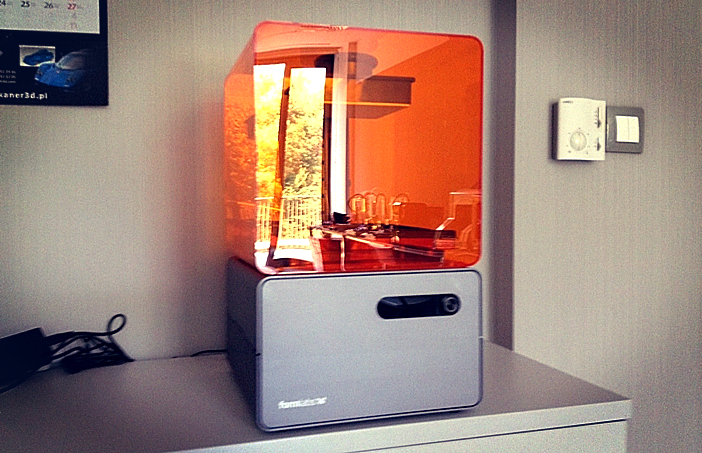 The problem, however, lies elsewhere… While the majority of the models are printed without any problems, there would sooner or later be a model which The Form 1+ can not handle. This inability usually consists in the fact that the printout tears up during work, or in the best case scenario it has some holes in it. Why is that, and why some models come out better than others – this is the thing we did not get to discover and understand in such a short time (four months!).

The issues which have a negative impact on the quality of The Form 1+’s 3D printing include:

Why do the printouts tear?

The answer to this question is in fact the key to success. I can admit it straight away – we do not know! We have a number of suspitions, which in most cases turn into certainty – unfortunately in 9 cases out of 10 it occurs to us only in retrospect. We can not predict the problems – or prevent them. It takes many attempts and time. To put it shortly – The Form 1+ (and The Form 2 probably as well) require some training. 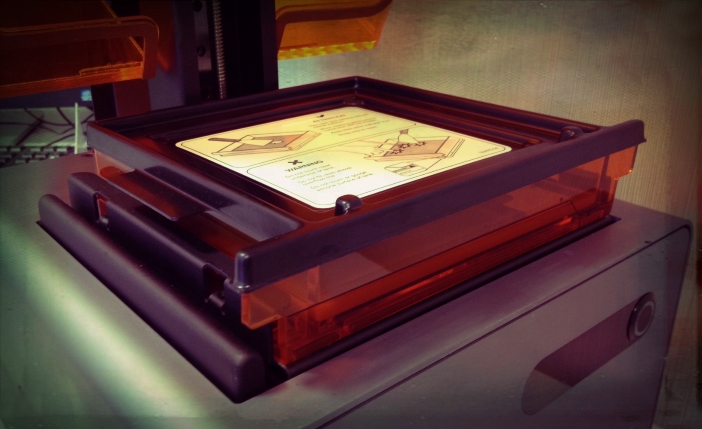 When you start working with a light-curing resin 3D printer better forget everything you learned in other technologies – FDM in our case. Nothing is the same – there is no common ground. In fact, the only thing that connects stereolithography and FDM is the fact that both are called 3D printing, and that the end result of both processes is the creation of three-dimensional object. And yes, the fact that both technologies use the STL files.
The rest is completely different and we have to learn everything from scratch.
What we lacked was the patience and willingness to invest money in further bottles of resin. It must be emphasized – learning to print on Form 1+ is expensive. The cost of resin (which is several times more expensive than the filament for the FDM 3D printers) should be appended with the cost of the resin container (which needs replacing every 2-3 litres; also when changing the type of resin we need to use a new container).

But coming back to the question – why do the printouts tear, here is a list of potential answers: 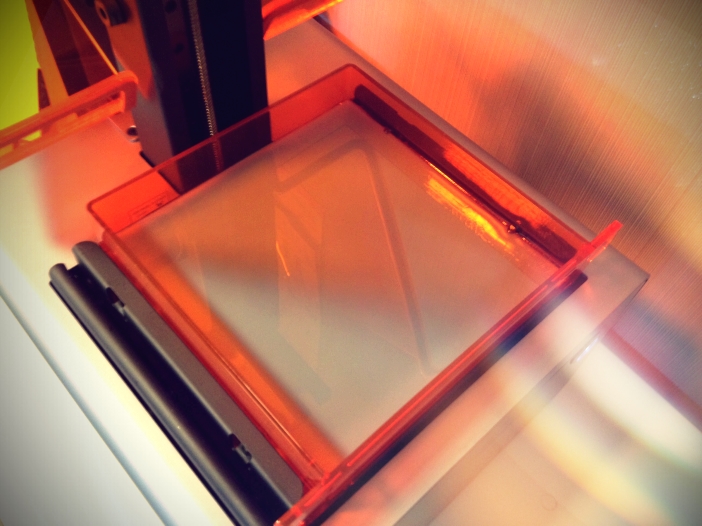 The Form 1+ is a very interesting 3D printer, which is capable of providing high quality printouts – however, the road to mastering the art of printing with it a long and bumpy one. Perhaps the most deceptive things in the device are its use and software. Working with The Form 1+ makes you feel like it is a device which is easiest to use in the world. Even the prostprocessing seems like an interesting experience (though stinking with isopropyl). Unfortunately, the more you get into it, the more complicated it becomes, and the user is forced to analyse further failures and to draw conclusions from them.

At some point we decided to terminate the services of 3D printing and thereby the further work on figuring out the nuances of printing with The Form 1+ became unfounded. Our decision was not connected with the 3D printer itself, it derived from the cessation of the 3D printing services. Printing with light-cured resins, as art for art’s sake, did not seem to be sufficiently attractive in order to continue to spend time and money on it.

We are full of admiration for ou friend Maciek Strzała of polish company Formakers, who mastered the art of printing with The Form 1+, as evidenced by the extraordinary 3D models which he presents during fairs and events. Maciek proves that if you really want to get good printouts with The Form 1+, you can get them – we did not have the energy and the faith. Another thing is that we decided to devote our time to other projects, but that is a different story…

One way or another – if you intend to invest in The Form 1+ or The Form 2, remember: patience, humility and the money for more and more bottles of resin are essential. This is not FDM – this is something else…

Are 3D printers suitable for children?