For some time, there is a trend to create 3D models of the most important Polish places and monuments in such a way that visually handicapped people are able to get to know their shape. Steel castings of, buildings, monuments and city plans that blind people can touch can be found basically in every major city. This idea was also continued by company SMARTTECH from Łomianki. This time it decided to carry out a 3D scan and mock-up of Polish battleship ORP Błyskawica (Thunderbolt) in Gdynia, which is a part of a project “Let’s help to see the world with your hands”, designated for blind and partially sighted people.

ORP Błyskawica is one of the to most well-known Polish battleships, which influenced the course of World War II, making spectacular actions on the seas around the world. It played a major role during the Norwegian Campaign, the Battle of the Atlantic and operations: Torch, Overlord and Deadlight.Currently it is docked as a Museum Ship in Gdynia as a place where visitors can learn about the history of Polish Navy. Inside the museum audience can watch the most detailed Błyskawica model made of paper.

By using its 3D scanner SMARTTECH was able to obtain a comprehensive documentation of the model that was used to create the mold. The Paper mock-up  is very accurate. It retained the smallest details not only the technical equipment as the launch but also rigging, flags and portholes. In order to obtain a full geometry SMARTTECH had to use the 3D scanner with very high resolution. The company used a 3D scanner designed for museum application that provide simultaneous measurement of the shape and texture – ScanBright archeo with resolution of 10 megapixels. 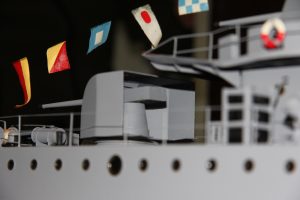 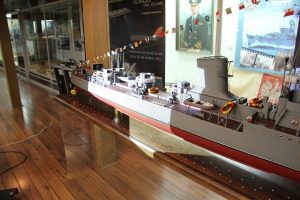 The whole process of 3D scanning took about four hours, while creating  a CAD model took engineers about a month. The idea of the Błyskawica casting for the blind, was raised repeatedly by the initiators – Gdynia OPEC and the Rotary Club. Unfortunately, creating of the ship would be too costly and time consuming. Therefore, thanks to the SMARTTECH activity – which undertook the task within its own contribution, of creating a documentation based on the geometry of the ship paper mock-up – the project could have been implemented.

This is a very noble project. ORP Błyskawica is one of the main attractions of Polish coast. The possibility of making it available also to those who cannot see it, is a great honour and pleasure. We are pleased that our technology of 3D scanning has enabled the realization of this casting.

The official unveiling of the cast took place on 26th on the vicinity of the original ship. It ‘s the fourth casting after St. Mary’s Church, and Gdańsk Crane , and Gdańsk Arena Stadium of the project “Let’s help to see the world with your hands” carried out by the Rotary Club of Gdynia. 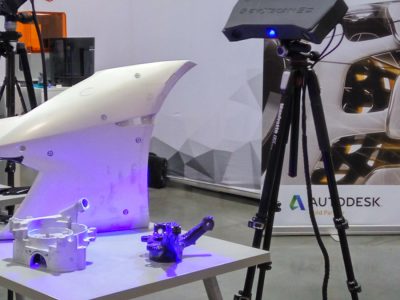