The American branch of EOS – the manufacturer of industrial SLS systems has introduced the new system – INTEGRA P450. The 3D printer has been developed to fill the gap between rapid prototyping and mass production, thanks to the scalable, modular design.

EOS presented its first 3D printer over three decades ago, in 1989. Since then, the company focuses on continuous development, creating new, more and more technologically advanced devices. Their portfolio includes FORMIGA P 110 Velocis, a device that is an improved version of the company’s flagship machine – Formiga P 110.

INTEGRA P450 is to be a compromise between ease of use, high quality of production and affordable price. The manufacturer also puts emphasis on the modular form of consultation and the ability to adapt it to the production needs of users. David Leigh, operations director of EOS North America, says that the idea of ​​creating the device arose from the needs of users. The device gives users access to a wide range of materials due to the ability to produce at temperatures up to 300°C.

The heating chamber of the 3D printer with dimensions of 420 x 420 x 500 mm has eight independent heating zones, which ensures higher quality and consistent production of parts, which is consistent with the approach based on workflow optimization. In addition, the quality of the prints is a monitor system of infrared cameras, allowing for thermal analysis of the printed element in real time. This gives you the ability to quickly respond to irregularities in the production process and minimize material losses.

The 120 watts CO2 laser allows for production at a speed of 25 mm / hour. 3D printed elements are characterized by high quality resulting from the layer height of 0.10 – 0.18 mm. The device has been designed in such a way that its operation is as friendly as possible and does not pose problems even for novice users.

The new system is commercially available only in the United States. 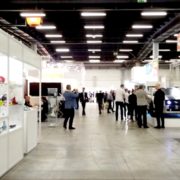 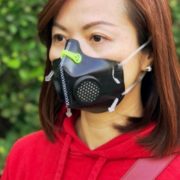 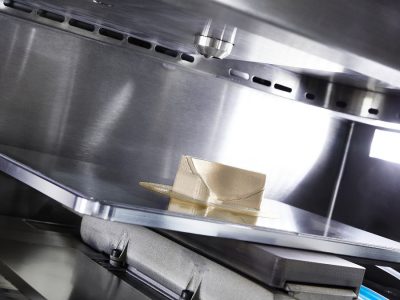