Liquid Crystal set tongues wagging last year, when it became available for pre-order. A very low price and an innovative application of resin arose a lot of extreme emotions. On the one hand there was a lot of interest – but on the other hand it provoked questions and doubts (“Does it really work…?”). How to print with Liquid Crystal? How does post-processing look like? How to treat my models? I will try to answer all of these questions.

Photocentric was established in 2002 and since then it has focused on working on development of photopolymers. Photocentric3D is its branch which concentrates mainly on 3D printing, so on manufacturing of LC printers, UV resins and Daylight. All of them are produced or assembled in the headquarters of the company.

What can I find in the box? 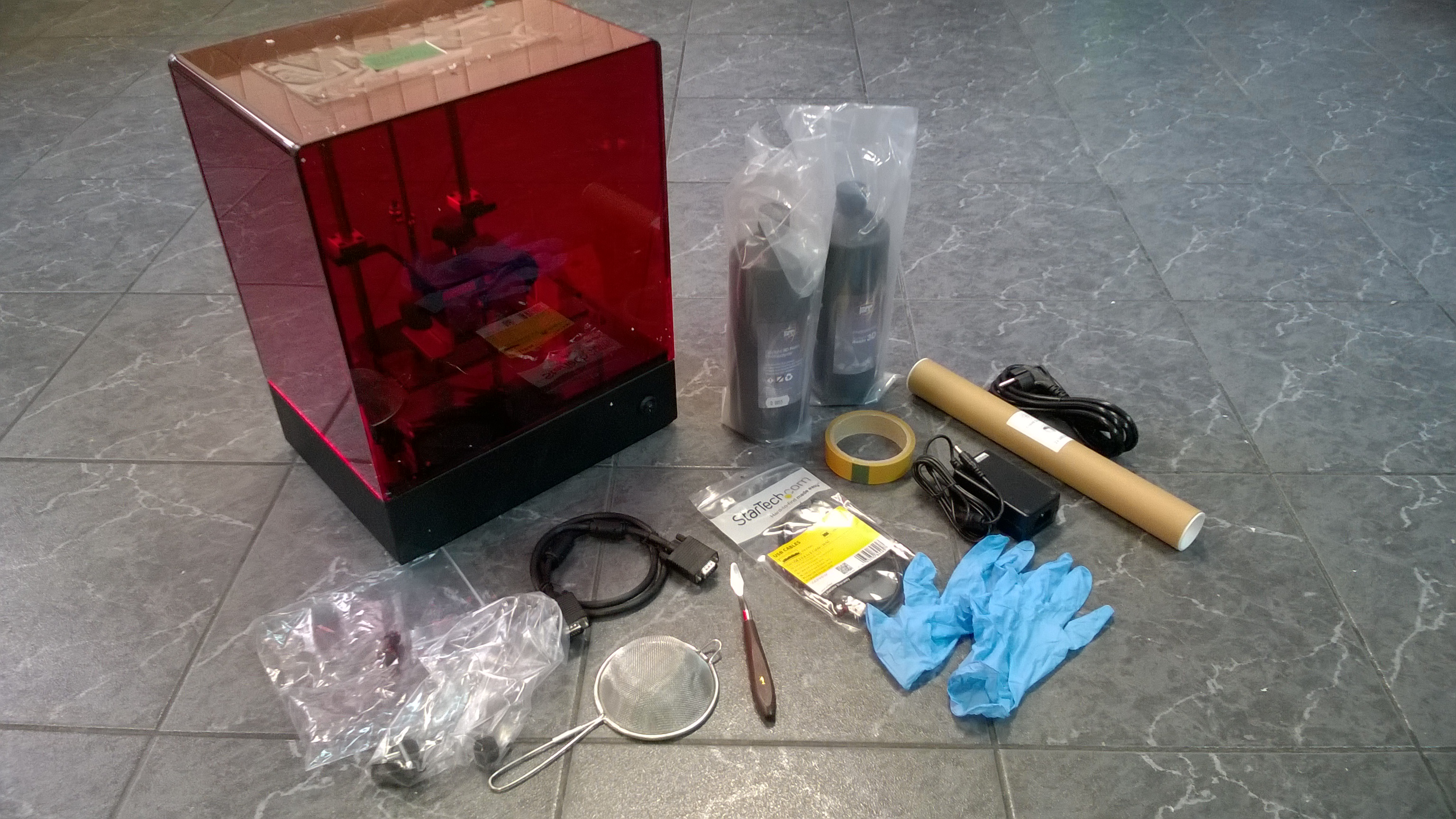 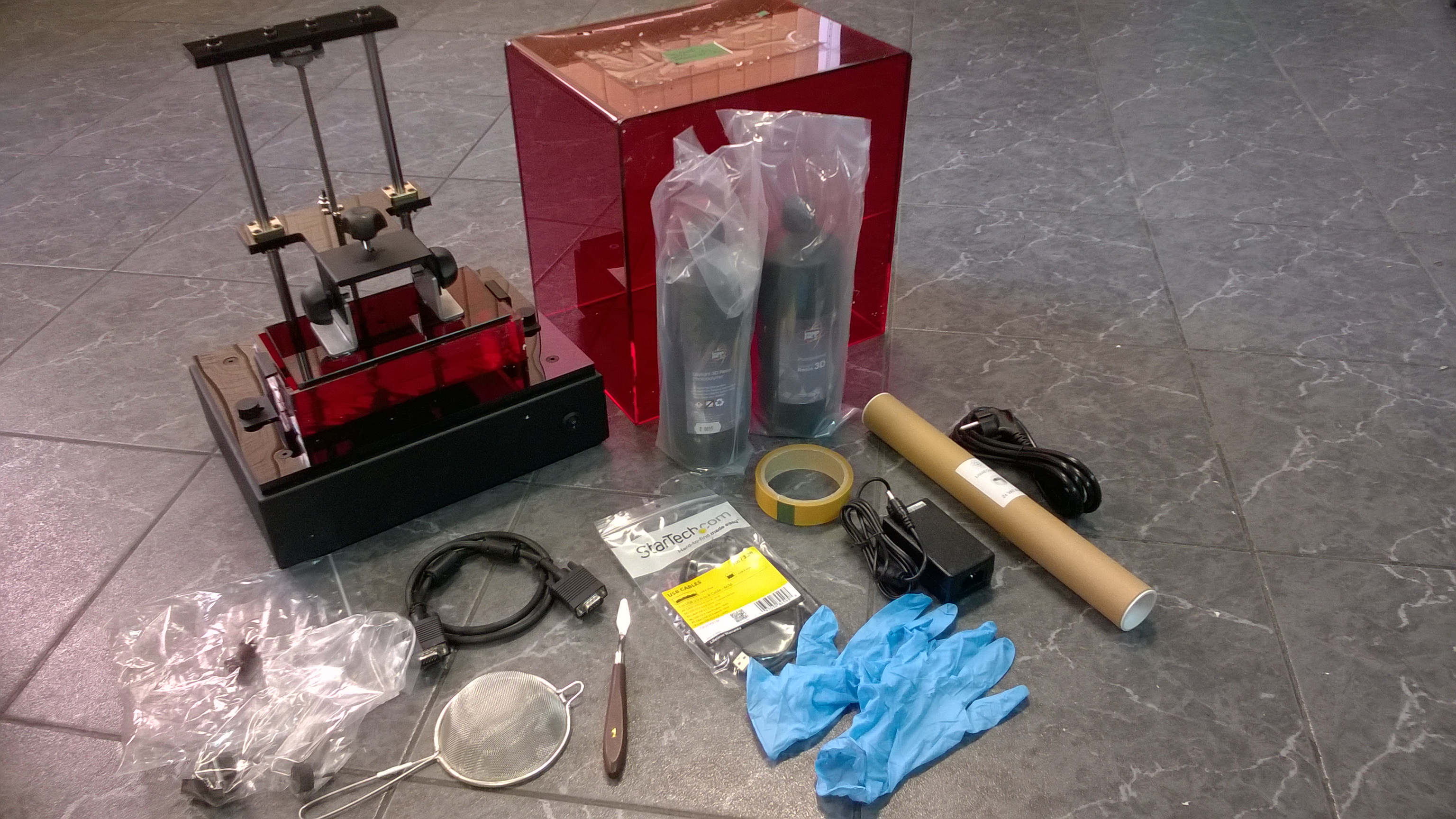 The 3D printer is packed in two boxes. One of them protects a box in which the device with whole electronics is placed. In the box you can find also a container (VAT) for resins with VAT film on it, a platform and a  hood of your 3D printer. In the box you will wind another box containing accessories:

I also recommend to buy: 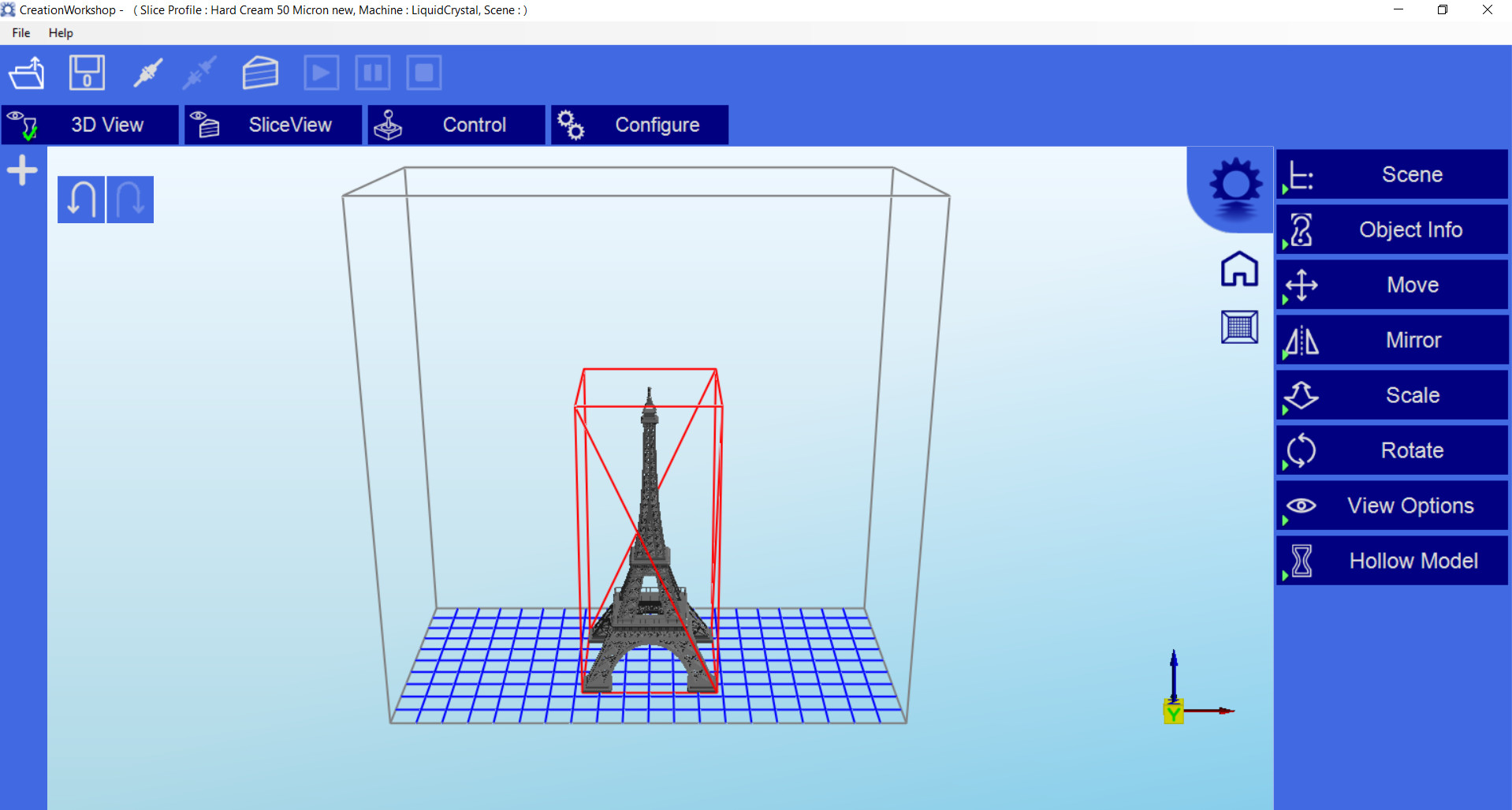 The 3D printer is shipped with a sticker containing a key to a licence for Creation Workshop (valid one year). You can download it from the Photocentric3D website. It is a trial version. After one month you should upgrade it to standard version. It costs 45 GBP per year. It can be transferred to another computers. The software enables to scale or turn  an object, take a mirror image,  create supports, double objects etc. The manufacturer created profiles of printing, according to resolution, colour and type of resin.  Creation Workshop was not created by Photocentric, that is why you can find a lot of videos with manuals and tips for users created by another users on YouTube. 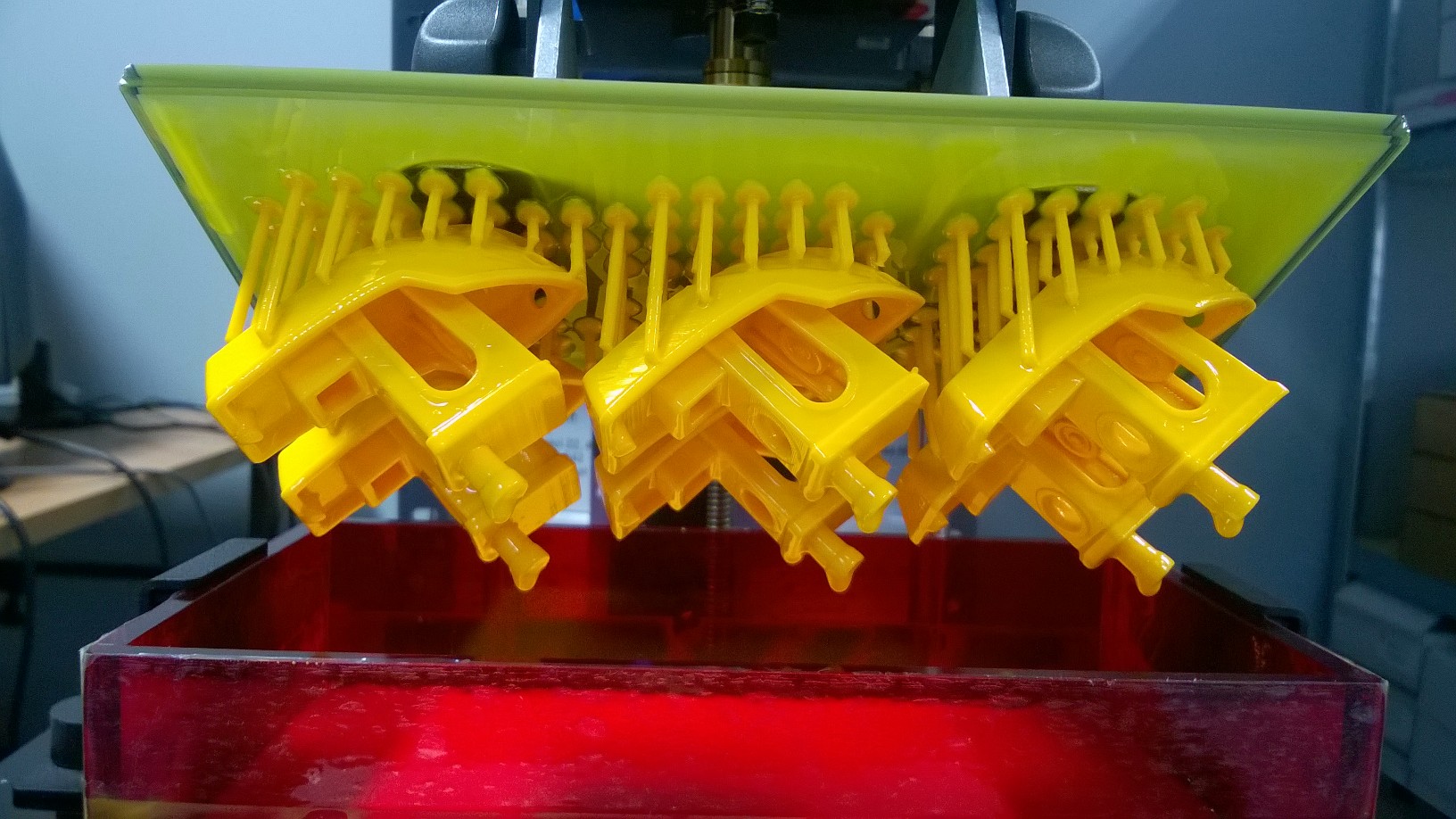 The LC 3D printer bases on a patented technology called d DPP (Daylight Polymer Printing). Special Daylight resins correspond perfectly with the length of waves and intensity of the light emitted from the LCD screen assembled in the 3D printer. Thanks to this relatively cheap solution, Liquid Cristal became the cheapest device of this kind on the market it costs 699 GBP. It is 300 x 250 x 400 mm and its working area is 200 x 100 x 200 mm. The maximal resolution of a layer is 25 microns, and XY resolution amounts 220 microns. A speed of printing in case of a 100 microns-thick layer is 13 seconds plus 8 seconds for mechanical change of the device. It is compatible with Windows or Linux. 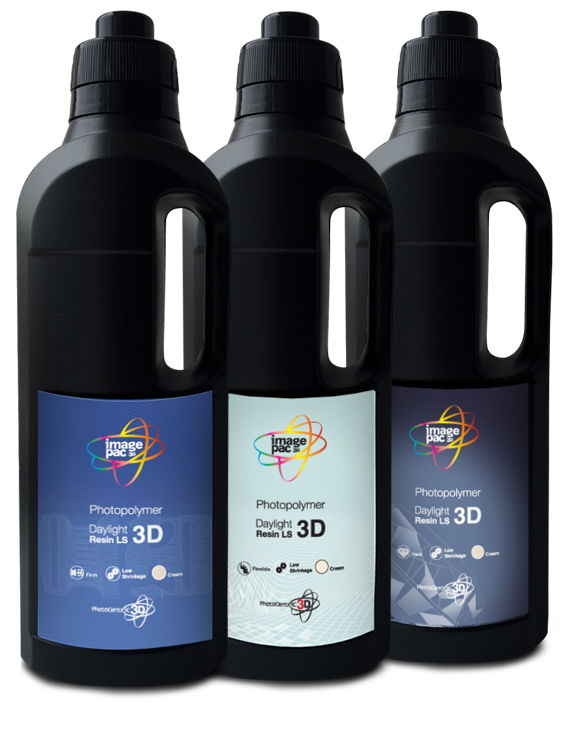 As I mentioned, the 3D printer uses only Daylight resins and you can not use traditional UV resins, but these materials are cheaper in comparison to another SLA 3D printers. 1-liter bottle costs 39 GBP). 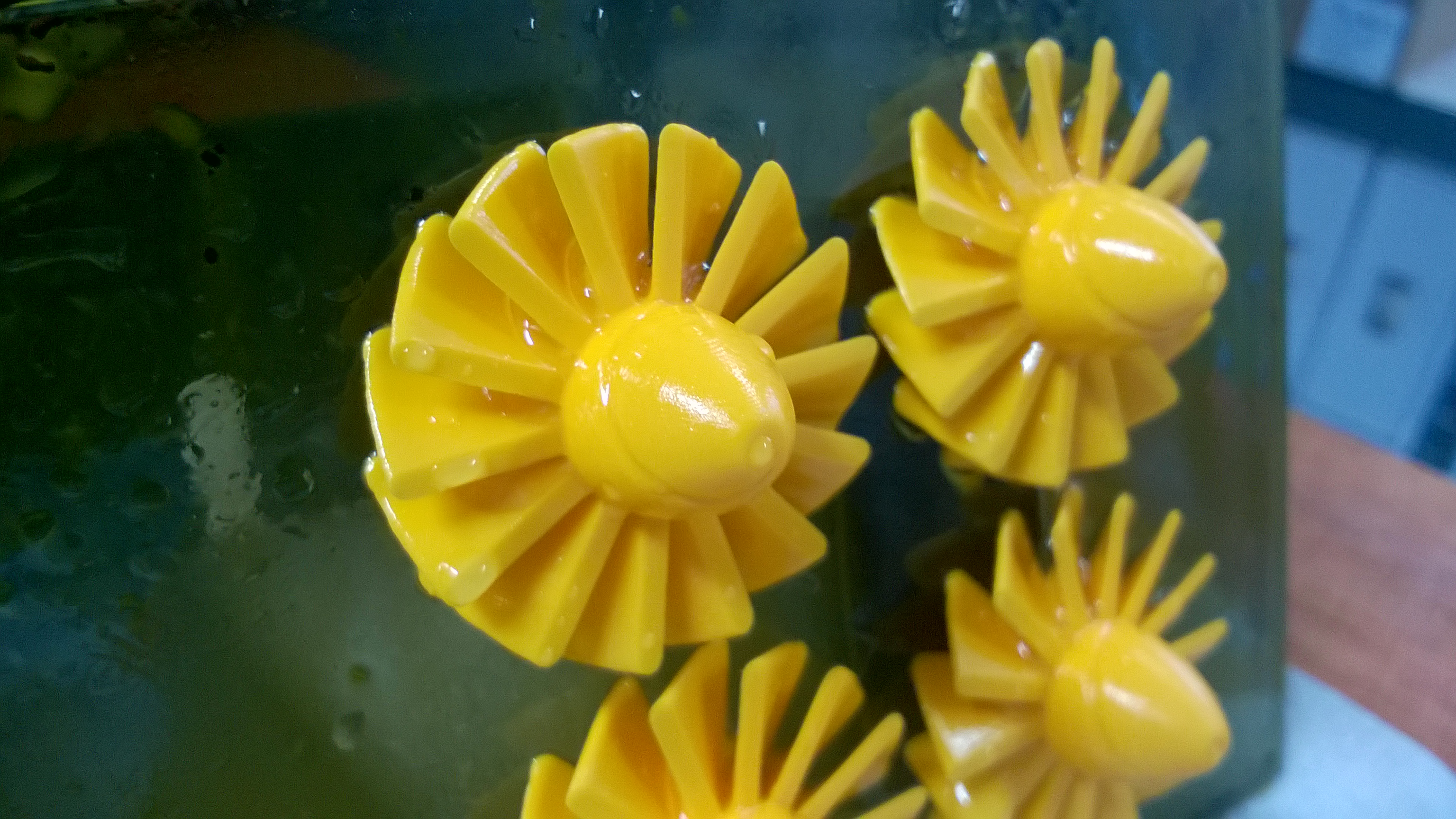 Currently you can buy 4 types of resin:

Hard – the hardest one and the least flexible from the available resins (80 Shore D). It is characterised by huge resistance and it is perfect to print tough objects, which are exposed to bigger loads. The temperature of softening amounts about 200ºC

Firm – a resin dedicated to create tough (40 Shore D) but also flexible prints. It is characterised by big resilience. The temperature of softening amounts about 190ºC.

Flexible – it is a flexible and resistant resin. Its toughness amounts  65 Shore A and the temperature of softening is 175ºC. You can watch the effects below:

Low Shrinkage – a perfect resin to create models, which require smaller shrinkage of material. It is available in two versions: Firm and Hard. 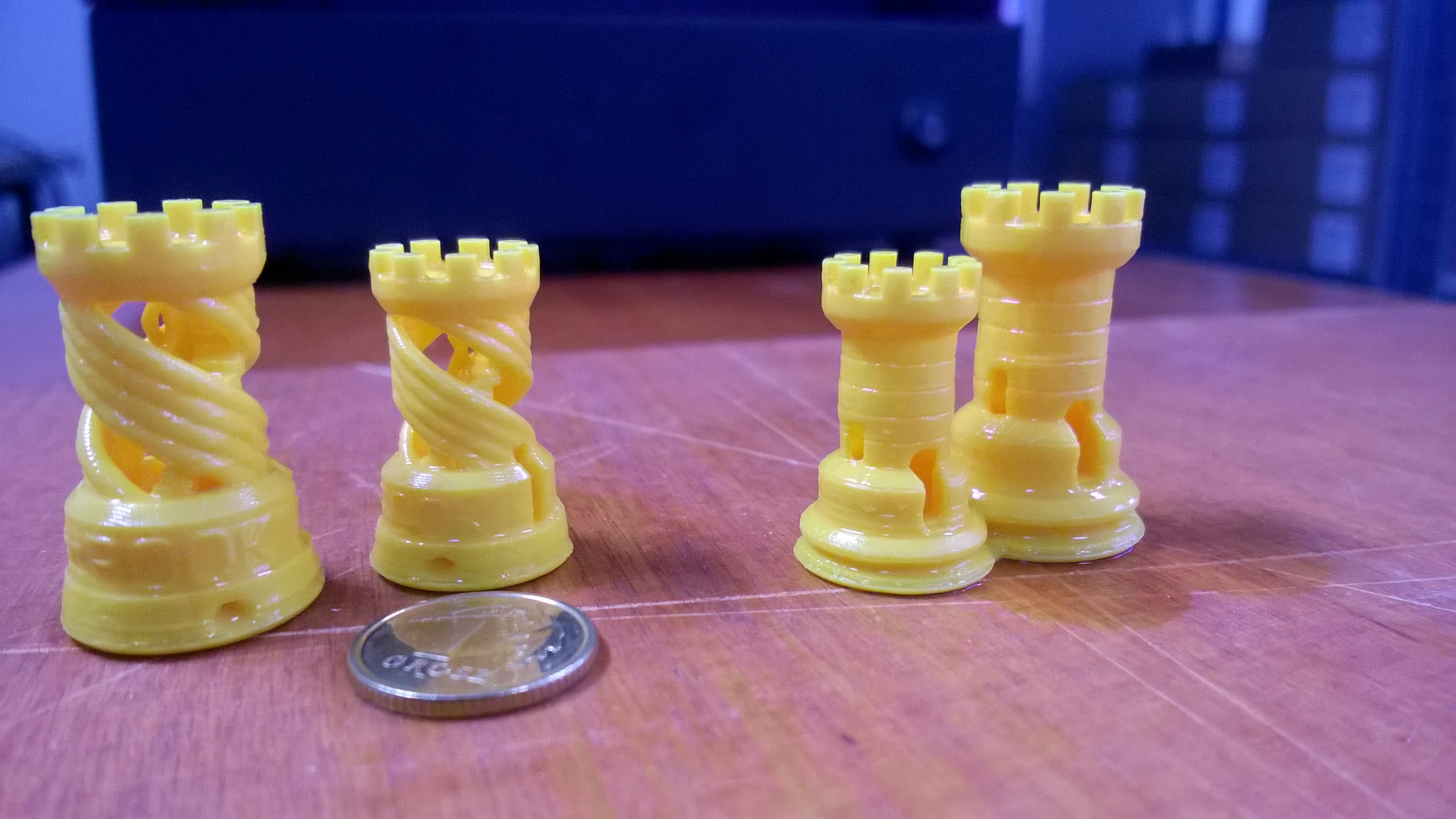 According to the declaration of the manufacturer, in the future he will launch also a resin dedicated for molds, created by using of lost-wax casting. The fact, that Photocentric has worked with polymers since ages, makes me believe, that they will create a lot of new, interesting materials.

The resins are available in: Amber, Red, Green, Cream, Grey (their availability depends on the thickness of the material).

The biggest advantage of them is the fact, that you can remove them with water and the whole process of hardening them is held in the water. An additional catalyst is a standard detergent like a washing-up liquid.

In case of Low Shrinkage resin, you can use IPA alcohol to receive “drier” surface. 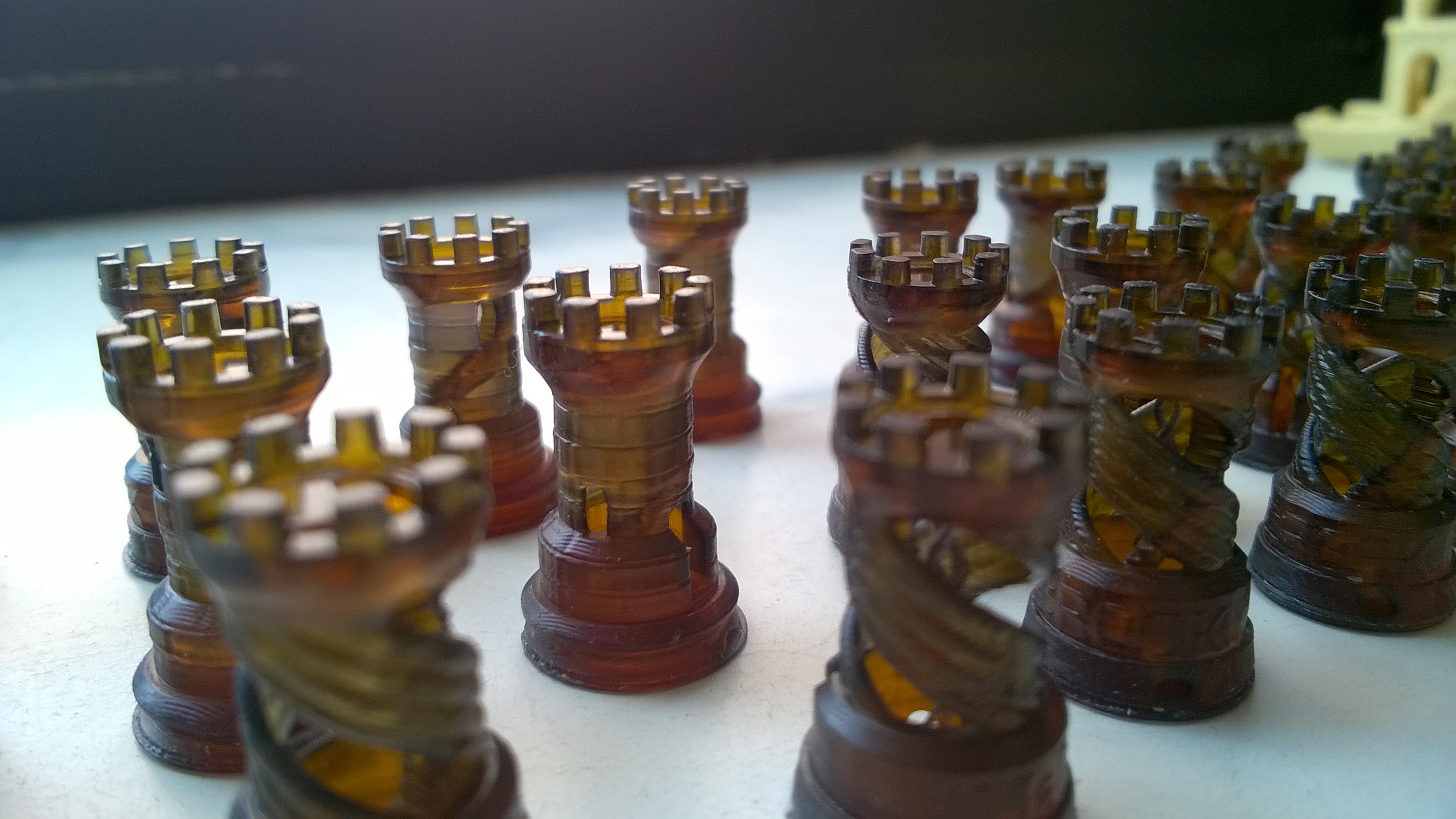 Besides resins, you will also need another supplies – VAT films, which you should put on the bottom of the VAT. It is used during exposing of prints. A film should be strung. When it is assembled properly, it makes a sound similar to a drum, when you check it with a finger.  When it is not flexible any more, it should be changed. One box of 10 VAT films costs 35 GBP.

To sum up, I prepared a video which shows an essence of working with Liquid Crystal: a process of 3D printing, preparation of the device, post-processing and cleaning. It is kind of manual.

If you would like to know more about the 3D printer, feel free to ask me below in comments.

A Breakdown of All the Innovation at the RAPID Conference 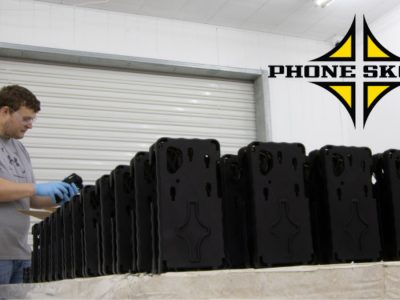 Merit3D sets a record in 3D printing by producing 60,000 parts in less than 8 hours

Merit3D – an American service company from the state of Utah, announced the ... 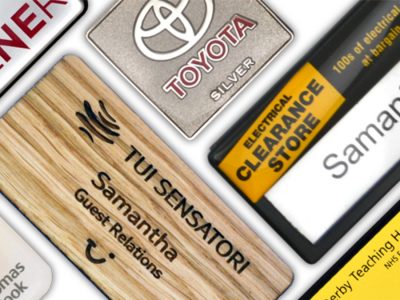 Photocentric prints 30,000 badges in three weeks, saving the order for its customer