3D printing is becoming a helpful tool in the work of designers, also in the automotive industry. Zortrax devices are used by Vincenzo Mattia, the owner of Vins Motors cooperating with Ferrari, and Bartłomiej Błaszczak from ABcar Oldtimers, which specializes in the reconstruction of vintage cars.

Designing and creating cars requires a combination of various techniques and methods – freehand drawing, designing in CAD graphics programs, foundry, sheet metal, carpentry, welding, stamping and injection molding. The 3D printing technology has also joined this list, which is used both in rapid prototyping and in the creation of elements that are no longer available for regular sale. This is illustrated by the examples of two independent designers for whom printers of the Polish company Zortrax are their working tools.

Bartłomiej Błaszczak from ABcar Oldtimers points out that the reconstruction of vintage cars requires many hours of designing, prototyping and looking for non-standard solutions. It is often associated with designing elements based on drawings or even photos. Many parts cannot be bought or manufactured using traditional methods – here you can successfully use the potential of 3D printing.

The designer’s work on recreating an old vehicle begins with reviewing all possible materials about it: sketches, drawings, videos (if any). Then he has to predict which techniques will be used during the build. It combines traditional techniques used in the period of the reproduced car with modern methods such as 3D printing.

The challenge is to create small, sometimes almost jewelery pieces. Letters on bumpers, seals allowing to apply patterns to the upholstery, small parts for clocks on the dashboard, e.g. hands, handles and handles, are created thanks to the precise Zortrax Inkspire resin printer. Often, subjected to additional treatment, they become the target element of the car.

Vincenzo Mattia, owner of Vins Motors, and previously a designer at Ferrari for over 7 years, uses 3D printing primarily to explain to the team of designers and constructors how he sees the solution he is developing. To show your idea, even a desktop printer with an increased working area, such as the M300 Plus from Zortax, is enough, which allows you to quickly create a model that is then refined by other methods.

Designers’ work does not end with the project implementation, of course. They must be available all the time to consult the progress of implementation with engineers or constructors. It is necessary to be flexible and react quickly to the situation that arises. 3D printing is often used as a “first aid” when replacing or repairing an unsatisfactory part. A cracked, damaged or mismatched component is best printed quickly. This allows you to check within a few hours (from design to production) whether a solution to the problem has been found. Ordering parts or producing them using traditional methods could block the work in the workshop for several days or weeks, and both the makers of new cars and reconstructors of vintage cars always work under time pressure and with predetermined deadlines.

B9 Creations is on the list of 5,000 most dynamically developing companies in the USA 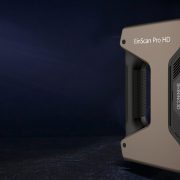 On Wednesday, Zortrax announced financial results for 2021, which were quite… typical for ...

Zortrax today published its financial results for 2021. The leading Polish manufacturer of ...