The first day of Additive Manufacturing Europe in Amsterdam was full of premieres of new 3D printers and materials. There was there also an opportunity of meeting interesting start-ups and talking to old hands and representatives of leading foreign media.

Most of exhibitors focused on novelties and part of them on very big dimensions… One of the most eye-catching places was a stand of WASP. The Italians promoted above all their newest 3D printer – DELTA WASP 3MT, which attracted with its giant size of 215 x 235 x 270 cm and working area of a diameter of 100 cm and the same height.

The machine looks similar to Polish GAIA Multitool created by Paweł Rokita and Janusz Wójcik. It is also equipped with a nozzle to assemble a milling machine and replaceable extruder for 3D printing. It can print from pellets of a diameter from 2 to 6 mm and semi-fluid materials like: concrete, clay or geopolymers. Its maximal speed is 200 m/s and layer resolution amounts 0,5 mm.

It is possible to receive multicolour 3D prints – you just need to add a handful of colourful pellet and than your model changes its colour during printing. 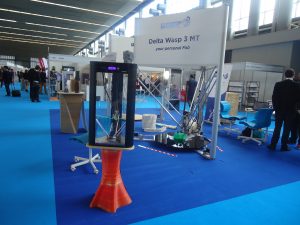 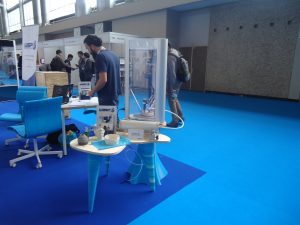 Its manufacturers decided to present furniture printed with the giant 3D printer. Their construction is very solid and chairs and tables from WASP can be used in your flat. 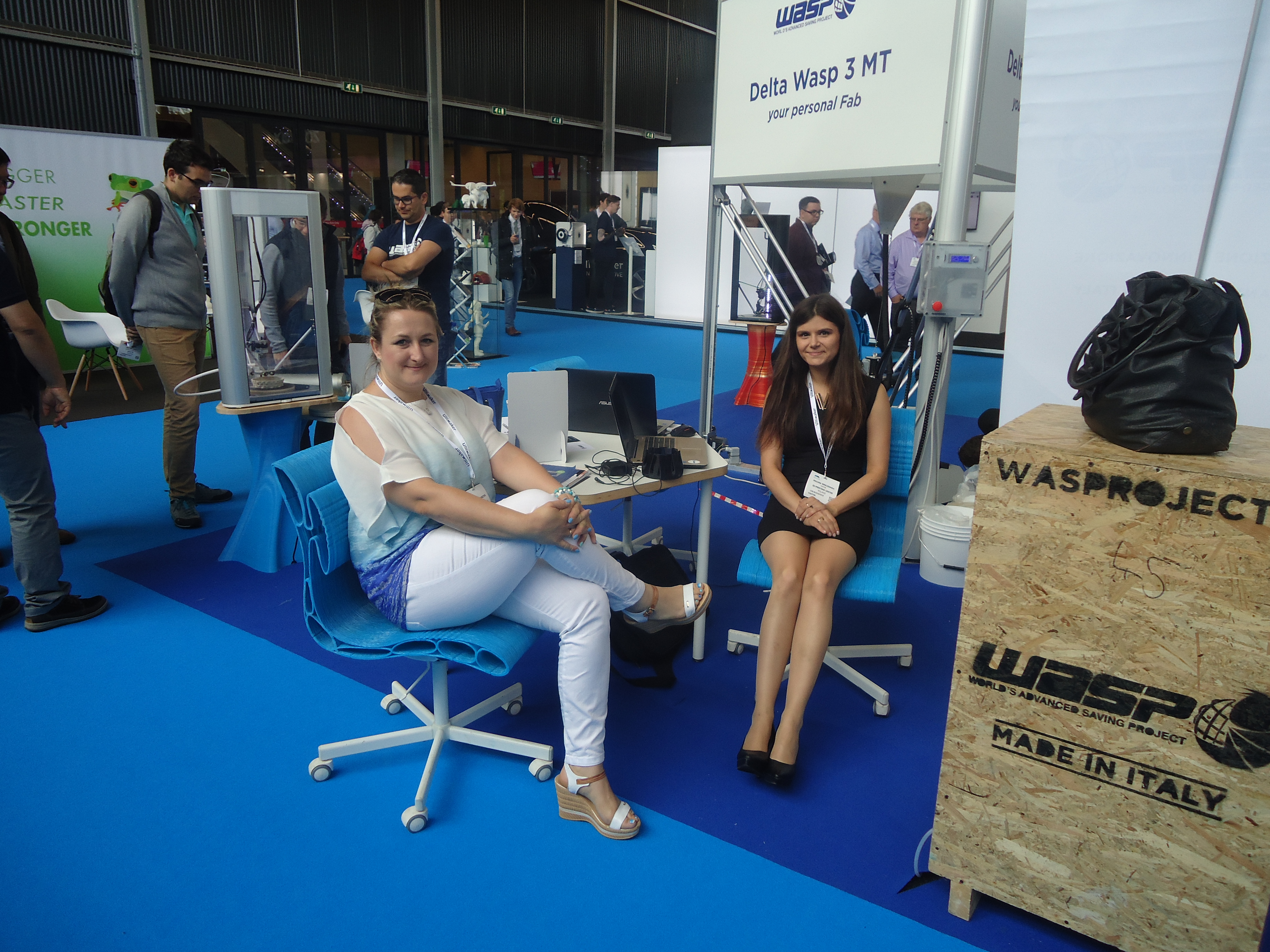 Besides the enormous delta, the WASP team promoted also its LDM WASP extruder for deposition of dense fluid material (as clay). The company declares, that it was designed to fit on all the Delta WASP 3D printers and any other 3D printer. It is equipped with a screw system capable of regularing the output flow of the material, allowing a rapid flow interruction and a good retraction control. On the stand you could have seen 3D printers Delta Wasp 2040 and 4070 also a 3D printer using resin – TopWASP DLP and 3D printed models crated with them.

WASP attracted visitors with their DELTA WASP 3MT, because it’s not common to see a 3 meters-high 3D printers on a daily basis. It is rather a solution for a very wide spectrum of users like f.e. designers. I asked with Anna, how much does a 3D printed chair cost. If you create your own project, it is only 50 €, but when the project is realised by the company it is about 250 €. 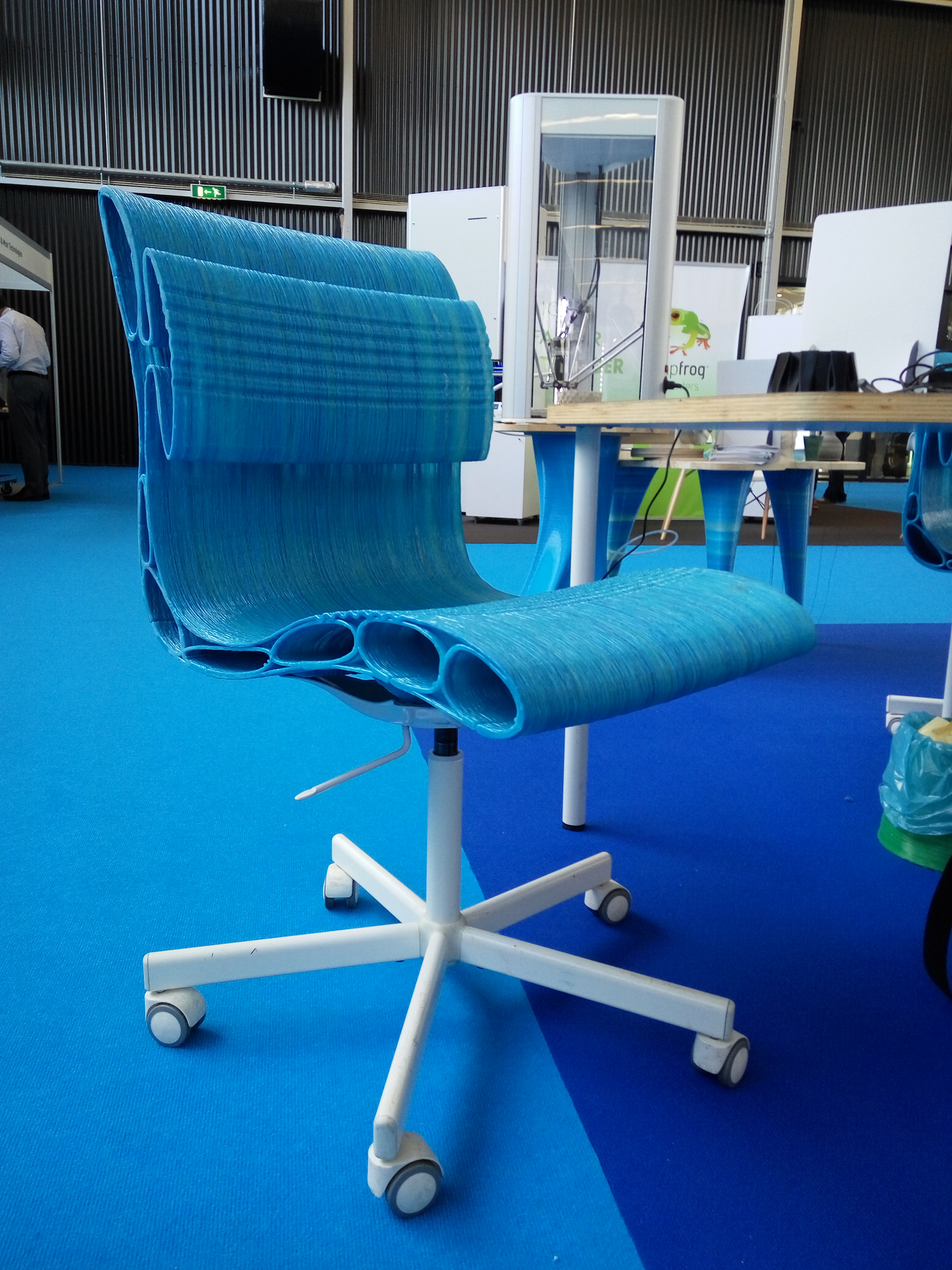 In the next articles we will describe more exhibitors from the AM Europe 2016.