3D printing was created as a serious technology used to create fast and relatively cheap prototypes, becoming in this area an alternative to classic manufacturing methods. When Adrian Bowyer created the first prototypes of the so-called self-replicating RepRap 3D printers, his intention was to democratize manufacturing processes, reduce the cost of access to 3D printing technology and to propagate the ideas of open-source and open-hardware in the world. However, as it usually happens – ideas are ideas, but when the first 3D printers came into the hands of new technology enthusiasts, makers and hobbyists, it turned out quite quickly that instead of printing “serious things”, the vast majority of users prefer to create gadgets, toys and more or less useful little things.

On Thingiverse – the largest platform with free 3D printing projects, there are over 1.6 million models. Although there is no shortage of many complex and very functional things, the vast majority are – generally speaking – not very serious. We can find there characters from movies or cartoons, as well as countless amounts of completely useless gadgets, whose only reason for existence is the ability to print on a home plastic 3D printer…

Over the years, many models have appeared on Thingiverse (and several related repositories) that have enjoyed enormous popularity for some time. A few of them are iconic – they were printed by the vast majority of users. Here is my list of the 20 most famous and “influential” 3D models that have appeared on the internet…

A model that most likely boasts the best ratio of computer hard disk downloads to the smallest number of (complete) prints… Almost all of us have thought at least once to gather together, print a set of nearly 70 engine parts, put them together and run as in the video above – and then go flatter your friends to whom we will present our work… Unfortunately, most are still waiting for this moment…

If someone felt a really great need to print and assemble the engine model, and did not have enough strength to face the Toyota engine design, they could always benefit from a much simpler and at the same time very prestigious jet engine design prepared by GE engineers! The above model is the company’s first official nod towards users of amateur 3D printers – and potential future employees.

Another spectacular – and at the same time relatively simple model is the T-Rex skull, prepared by designers of MakerBot, the original creator and owner of Thingiverse. The model optimized for 3D printing on a desktop 3D printer has found its place on many desks of 3D printing enthusiasts around the world.

The model of a simple, polygonal mask from 2012 was so characteristic and unique at that time that for a long time it was among the most popularly presented 3D models.

One of the most simple, yet eye-catching things that could be printed on a desktop 3D printer was something that moved when folded. At Thingiverse we will find hundreds (thousands?) Of gadgets whose only functionality was that they could be turned, rotated or traveled on a flat surface. The above project was an extremely popular model of the era of early 3D printers.

A more complicated in assembly but equally popular model of this type was the mechanical heart.

What can make a better impression on your friends than a useless, movable gadget consisting of several pieces? A seemingly useful, movable wrench that prints… in one piece! Despite the passage of 6 years since the launch of this project on the web, it can still cause delight and disbelief among people who do not have contact with 3D printing on a daily basis. The spell is broken only when you try to use the key to unscrew something (especially if you used PLA for printing)…

At the time of its release in 2014, the above head model of the Terminator T-800 belonged to the group of the most refined and detailed 3D models optimized for 3D printing, and at the same time was a measure of the craftsmanship of a 3D printer who managed to print it on his shaky RepRap.

Until 2012, 3D printing on desktop 3D printers was limited to a handful of relatively uninteresting materials with ABS and PLA at the forefront. Then Kai Parthy – a somewhat forgotten creator of innovative filaments for 3D printers today, presented Laywoo-3D – the world’s first filament being a composite of PLA and wood dust. The material enjoyed enormous popularity, and the best measure of its capabilities and properties was the bust of Groot – a member of the Guardians of the Galaxy, and also an extraterrestrial creature with the appearance of a tree.

The model by Zortrax was one of the company’s hallmarks at the beginning of her career. It was as stylish as it was relatively difficult in 3D printing and fully showed the potential of the Zortrax M200 3D printer, which gained the reputation and fame at that time.

3D Hubs – an intermediary platform in 3D printing services, was one of the architects of the global 3D printing industry, grown on the shoulders of desktop 3D printers. The platform’s symbol was the mascot called Marvin, which had to be printed as a reference model, wanting to become one of the suppliers on the platform.

The robot with the Dutch Ultimaker logo was one of the first test prints to appear among the 3D printing community in the world. For many people (including me) it was the first 3D print they ever made in their lives…

Every novice 3D printer user had to print a vase sooner or later. The network will find hundreds of fantastic shapes and patterns that, after printing, arouse the admiration of people who do not have contact with 3D printing on a daily basis. The secret of the polyszynela is that they are very easy to print … In 2012, the Dutch designer Stijn van der Linden created a series of iconic vases from the Julia Vase series, on which a whole bunch of subsequent modelers modeled.

Nervous System studio from Massachusetts, USA is one of the leading innovators in the world of 3D printing. Designers have created a mass of iconic 3D models dedicated to various 3D printing technologies (mainly powder – CJP and SLS). When it comes to desktop 3D printing in FDM / FFF technology, they can boast of the above lamp, which is impossible (or extremely difficult) to create using technology other than 3D printing.

When it seemed that in terms of cool, but completely useless things that can be printed on a 3D printer, absolutely everything has been achieved, in December 2016, the Slovenian Primoz Cepin surprised everyone by presenting a lion with a mane, which you need to arrange yourself using… a hair dryer! If someone wanted to feel like a hairdresser at least once in their life – this is the perfect model for him. WARNING! We only have one attempt at a time to test our skills…

One of the simplest and therefore extremely popular 3D models of the first half of the 10s. Everyone who started the adventure with 3D printing in 2012-2014 printed at least one owl.

One of the first test 3D models, created in 1994 by Greg Turk and Marc Levoy at Stanford University in the USA. It presents a porcelain bunny figure scanned in 3D.

One of the most popular models in the history of Thingiverse, by the late French studio LeFabShop.

Probably the most popular 3D model in the years 2012 – 2014, was printed probably by everyone…? It was also a very interesting test model.

This inconspicuous boat is the most-printed 3D model in the history of 3D desktop printing FDM / FFF. The model, which debuted in 2015, is used to test 3D printers, showing any imperfections of a given device. 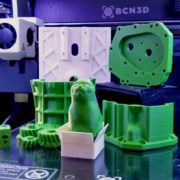 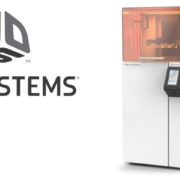