The panic caused by the spread of the Asian coronavirus is gaining momentum. The huge amount of information that comes to us (often from unverified sources) makes it difficult to separate the truth from fake news. Nevertheless, the fears related to the outbreak of the epidemic are so real that the organizers of two top Asian events related to 3D printing technologies decided to postpone them to a later date.

TCT Asia and Asiamold – trade fairs that gathers hundreds of representatives of companies from around the world every year are now on hold. TCT Asia was originally to take place in Shanghai in February (19th – 21st), but due to over six thousand confirmed cases in China alone, the organizers decided to take all precautions and reschedule the event.

The date of the Asiamold event, which was originally scheduled for February 26-28, in Guangzhou Province was also postponed. Everyone interested in the events must follow the organizers’ reports – the new dates of the fair depend on the further turn of matters related to coronavirus. According to Hubert Duh, associated with the event, due to the changing situation in the country is still too early to declare new dates of events.

Although the Chinese authorities immediately took action to stop the virus just after diagnosing the first infection, it is still difficult to say if the situation is stable? Wall Street specialists warn that the virus can damage the global economy, with a particular focus on the Chinese automotive market. In Wuhan, which is the source of the virus, there are factories of the largest manufacturers in the world.

The next few weeks will tell us how serious the problem really is – are we facing a global epidemic of medieval times, or is it just another panic caused by the hungry for a sensation mainstream media? 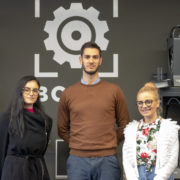 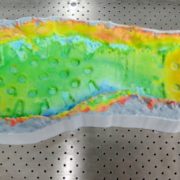