3D scanning technology has been successfully used in forensics for several years. One of the solutions is 3D scanning of a crime scene, where the scan has a much higher advantage over a simple photo or video. It reflects not only the scenery of the event itself, but also provides it with a fully three-dimensional representation, which is of particular importance in calculating the distance of individual factual evidence from each other, as well as their actual dimensions, not distorted by the lens of a camera or camcorder.

Another form of using 3D scanners is the so-called traseology – an investigative technique by which persons or vehicles are determined on the basis of traces they left at the scene of the incident. The traditional method of collecting traces is based on pouring them with plaster or silicone mass and thus creating casts of traces of the sole of a shoe or car tire. Thanks to the use of 3D scanners and 3D printers, the process of obtaining these traces is not only much more precise, but also guarantees close to 100% mapping of the trace, without the risk of accidental damage.

It is very important to use extreme caution when securing tracks. For example, to get footprints from snow, heated sulfur is used – poured into the snow, it crystallizes instantly and hardens to form a casting. Unfortunately, due to the fragility of the snow coating on which the track is imprinted, there is a serious risk of damage or deformation of the track. A simpler alternative is to take a photo of the trail, but you can not count on retaining all relevant information, such as the depth of its entire surface, or significant errors.

And here new technologies come to the rescue. With the help of a 3D scanner, you can archive the full geometry of the imprinted trace in digital form without the risk of damage. The tasks were undertaken by SMARTTECH – a Polish manufacturer of 3D scanners, which at work used the MICRON3D green 10Mpix device, proprietary software SMARTTECH3Dmeasure v2017, Geomagic Control software used to create comparative analysis on 3D models and 3D printer in form of ProJet 660 Pro by 3D Systems.

MICRON3D green 10Mpix has a measuring volume of 300 x 400 x 300 mm and an accuracy of 0.041 mm. This means that with a single 3D scan you can scan an area of 30 x 40 cm with a depth of up to 30 cm. The device uses green LED light, which has approx. 30% higher accuracy than older 3D scanning methods using white light for measurement.

The study was conducted in January at -3°C winter weather. The MICRON3D green scanner is adapted to work in difficult conditions – the device housing is made of carbon fiber, thanks to which it is able to work even at very low temperatures. Work began with covering the snow with an imprinted trace of a thin layer of dry powder to eliminate light reflections and to allow the optical measuring device to work properly. Due to the specificity of the scanned object, the single measurement method was used. Six of them were made, surrounding the scanned object.

To be able to obtain a comprehensive 3D model of the trace, individual measurements from different sides were combined with each other using the “three points” method. The user marks common places for every two measurements, combining them into one whole. The 3D scanner also has alternative measurement options using automatic joining based on the use of a rotary table or positioning markers.

During scanning, the device head displays straight lines on the object that are curved relative to the scanned shape. The curved fringes are then read by a detector installed in the 3D scanner head. After making the selection, the data is sent to the software, providing the measurement result in the form of a cloud that can contain up to 10 million points with XYZ coordinates. This gives the possibility of extremely detailed mapping of the imprint in the form of a 3D model. Thanks to this, you can make a comparison between the scanned trace of a shoe impressed in the snow and the sole itself.

The next stage of work was the processing of the acquired 3D model of the trace. This was done in the SMARTTECH3Dmeasure v2017 control software, where when editing point clouds, the so-called noise, i.e. unnecessary parts of 3D scans and / or interference caused by external light sources. For the purposes of the study, a decision was made to get rid of loose groups of points that could disturb further analysis. The final effect of the work was a triangle mesh reflecting the full and accurate geometry of the scanned surface. On its basis, a comparative analysis was performed in the Geomagic Control program between the 3D scan of the snow trace and the sole model.

As a result a colorful deviation map was created, which very accurately demonstrates the differences, while allowing you to perform a full 2D analysis on the selected section. Data analysis showed that the scanned area around the toes coincides with the sole model. Discrepancies occurred near the heels, which is due to the fact that the force with which a person becomes never evenly distributed when walking and this leads to deformation of deformations in the ground – in this case, in the snow.

Thanks to the tests, the trace was very precisely mapped – the 3D scan even reflected delicate scratches and cuts unique to the sole. The last stage of the job was 3D printing a model with a deviation map on a 3D printer. For this, a 3D printer ProJet 660 Pro was used, printing in full color from gypsum powder in CJP technology.

Thanks to the 3D printed model, the investigator – and if the trail is qualified as evidence in the case, also the prosecutor and the court – have the opportunity to make a direct comparison between the shoe and the track. In addition, it is possible to print several similar traces in this way and compare printed models in the field. It is also worth emphasizing that 3D printing significantly exceeds the accuracy of traditional methods, such as creating plaster casts.

This case study shows that 3D scanners and 3D printers are not only able to support police activities, but are also one of the best tools for mapping traces and their digital and subject archiving. Unlike more traditional archiving methods, the 3D scanner works non-invasively, without exposing traces to destruction, and at the same time is much more accurate, being able to capture even the smallest details of the examined object.

Additionally, 3D scans can be sent to a database in the form of a digital model and can be compared with other footprints around the world – even if the crime scene is no longer available. However, if you need an imprint in physical form, then printing it in 3D using a 3D printer based on a previously prepared model not only ensures that the trace remains accurate than traditional methods, but also allows you to copy without compromising the trace itself. 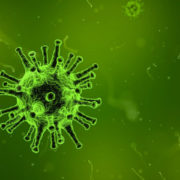 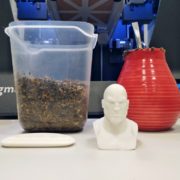