Scientists from the Oak Ridge National Laboratory (ORNL) have once again become involved in a project in the field of 3D printing technology, which is groundbreaking. Some time ago they managed to create, among others the largest 3D print that has been recorded in the Guinness Book of Records. Now, specialists from the Energy Department (DOE) of Oak Ridge National Laboratory are working on a 3D printed nuclear reactor core.

The goal of the activities undertaken as part of the Transformational Challenge Reactor (TCR) project is to build a microreactor using additive technologies. The ORNL team refreshed the designs of the reactor cores created so far, optimizing them for additive production. At the same time, great emphasis was placed on qualification methods and quality control in order to maximize the reliability of 3D printed components.

The director of ORNL, Thomas Zacharia says that the goal of the project is to change the current and shape a new approach to the topic of nuclear energy. In his opinion, industry is limited by thinking in terms of previously used solutions, and the project can open completely new development paths. Researchers from ORNL also deal with material engineering and biology projects, using high-performance calculations in their work.

A large part of their projects also focuses on issues in the field of additive technologies. They cooperate, among others, with ExOne, a producer of 3D printing systems working in Binder Jetting technology – together they developed a 3D printing method of boron carbide infiltrated aluminum (B4C). The knowledge and experience acquired as part of the cooperation enabled the implementation of further projects.

The reactor construction initiative includes a number of new technologies – not only 3D printing, but also technologically advanced materials or integrated sensor systems, allowing for optimization of the structure and reduction of costs. ORNL intends to build a new nuclear reactor core by 2023.

Earlier, projects using additive technology in the nuclear sector were implemented by the Siemens team, which, thanks to 3D printing technology, reconstructed a worn rotor fragment operating in the nuclear reactor in Krško, Slovenia. The printed element is a part of a continuously operating fire pump, providing pressure for the fire protection system in the plant, so its priority was its reliability. 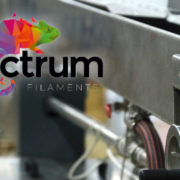