PEEK is a a semicrystalline thermoplastic with excellent mechanical and chemical resistance retained at high temperatures. It is used in medicine and in the industry. Roboze – an Italian producer of 3D printers decided to carry out a test of its own material and check in which temperature it remains its properties. How are the results?

The test was carried out on a small block of dimension of 25 x 25 x 10 mm printed with a 3D printer Roboze One+400, which was put into contact with a heated electric resistor. The test involved exposing PEEK to temperatures of 245°C for an extended period of time (8 hours and 30 minutes). It lost only 35% of its properties, compared to the original standard conditions.

The results confirm an extraordinary mechanical and thermal resistance of the material, which make it one of the most widely sought after polymers in various high impact applications and in conditions that require prolonged heat resistance over time. It can thus be used in applications for aerospace, defence, automotive, mechanical and aeronautics.

Roboze is an Italian manufacturer of 3D printers, which use 12 different materials, including specialistic ones like: PEEK, PEI or CARBON-PA. What is characteristic for them is the fact, that they are beltless desktop 3D printers. The belts were replaced with helical racks and pinions. A similar solution was for example applied in: Factory 2.0. Omni3D. 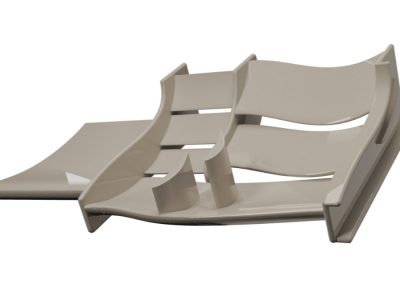 Roboze introduces a new “super material” – Helios PEEK 2005, with an admixture of ceramics 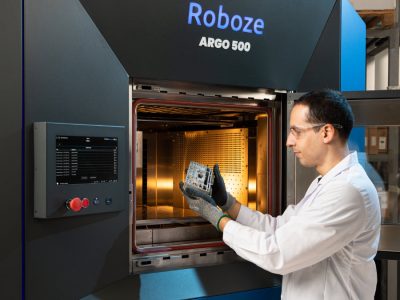