PrintFoam is a company that uses 3D printing technology to create lightweight and cheap parts made of foam materials. Established in 2016, after separating from the Boston-based MIT university, since then it has been developing a method of producing structural applications resembling popular industrial foams. Recently, PrintFoam announced the development of tooling for 3D printers capable of 3D printing from resin foams on an industrial scale.

Proprietary PrintFoam resins have been in use for several years and have shown significant performance gains in many applications where traditional foam solutions can be expected. Seeing this development, other companies specializing in 3D printing began to pay attention to this type of application possibility, however, existing platforms for 3D printing from photopolymer materials were not able to use the possibilities of these materials quite efficiently. Now, PrintFoam intends to introduce its technology on a larger scale with the development of the first 3D printer hardware that will make it possible.

According to Mathew Pearlson – the director and co-founder of Print Foam, the key moment was when his team realized the possibility of abandoning traditional resin tanks, popularized by companies such as FormLabs and Photocentric. By combining cutting-edge optical design techniques and abandoning the standard process of 3D printing from a resin residing in the tank, PrintFoam specialists achieved the ability to produce foam sheets in just a few minutes. By accelerating production times from hours to minutes, PrintFoam is now able to enter tons of new markets.

The new system, designed from the ground up to meet customer needs, is expected to revolutionize production in terms of scale and speed of production. According to Pearlson, “the new PrintFoam system expands our ability to provide end-to-end solutions to our customers who are looking for ways to quickly 3D print large amounts of material without sacrificing resolution.”

The technology is currently available in beta, but a group of partner companies is constantly being developed to test the new production method. PrintFoam works with clients in the area of ​​applications for soundproofing rooms and reducing noise, carbon dioxide sequestration or concrete structures. 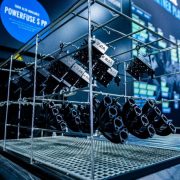 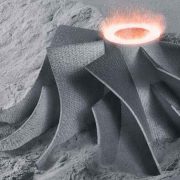