3D printing is gaining interest among a growing group of recipients. Undoubted advantages of incremental technology, such as relatively fast time or low costs of manufacturing items are appreciated in the medical, automotive or aviation industries. The French Armed Forces have also decided to invest in additive production. They decided to introduce 3D printing for the production of spare parts.

HAVA 3D is a French leader in the field of distribution and dissemination of incremental technologies, with which the French army entered into cooperation in February 2019. This took place during the Hackathon Mili3D, an event organized by the company, at which soldiers had the opportunity to learn about additive technology. The goal of the cooperation was to create one of the most powerful military 3D printing farms in Europe.

Ecole Militaires de Bourges, a French military school training, among others, in technical (also material) or logistics, for the needs of the army has configured fifty 3D desktop printers, which were installed in April this year.

The coronavirus pandemic was a great opportunity to implement 3D printing technology because the (mainly international) routes of supply of spare parts to units during military operations were closed. The COVID-19 crisis gave the opportunity to test the printer fleet – are they able to meet the requirements of the army and are they characterized by high efficiency and adequate efficiency. So far, as part of the 3D printer farm, as many as 40,000 3D printed parts have been realized.

French Army General Philippe Baldi points out that the production of parts for military vehicles or systems used during military operations has changed to reduce the waiting time for spare parts. In current operations on the territory of Mali and Lebanon, the military is facing demanding environmental conditions. Thanks to the use of 3D printing, they have convenience in management and logistics, and also reduce expenses related to the transport of spare parts or general technological development.

In order to achieve the highest mechanical properties in the production of parts for military use, HAVA 3D proposed the 3D printer Ultimaker S5. The company’s CEO, Stanislas Clicquot, pays attention to the versatility and intuitiveness of the device. He emphasizes that the equipment will not disappoint in a crisis management situation due to the centralization of production.

Due to the numerous advantages of 3D printing, the production of ready-made spare parts in this technology was also interested in other armies – Dutch, British, American or Australian. 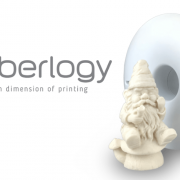