In line with current trends, there is a growing interest in vegan products as an alternative to traditional dishes. We are reluctant to give up the flavors we have known for a long time, which is why we are looking for substitutes that could replicate them as much as possible. Danish students came out with an initiative to commercialize their fish counterparts (more precisely, salmon and tuna), which would be printed on a 3D printer from plant materials.

An innovative idea appeared in the minds of students when they saw the opportunity to fill the gap in the industry of reproducing both the structure and, of course, the taste of seafood. Currently available products, such as fish fingers, do not have a very complex form, which is why they are unable to give the impression of consuming a given product at all. The classic method of extrusion simply cannot guarantee such effects.

Robin Simsa, Hakan Gürbüz and Theresa Rotchenbücher forming the Legendary Vish group have already had the opportunity to become familiar with incremental technology and to develop spatial printing processes during the implementation of their doctorates. Team members noted that by introducing minor modifications to the printing process of plant proteins and binders, they are able to achieve the desired food product structure. Currently, they have successfully developed a vegan salmon that works perfectly, for example, as an addition to sushi. They plan to expand the range of fish products of plant origin with new species.

The chance that the Legendary Vish project will succeed is further enhanced by the fact that according to data presented by WHO, fish consumption is increasing. After the introduction of new fishing methods in the 1960s, consumption of these seafood almost doubled. This means the need to respond to increased demand, in which 3D printing would also have its share.

Hakan Gürbüz points out that the fish alternatives proposed by the team are a sustainable equivalent to conventional products of this type, as the technological process generates less CO2 emissions into the environment.

In addition, Legendary Vish would use the same cold stores that are used to transport conventional fish to transport its substitutes, and production would be done using on-site ingredients.

Delving deeper into the subject of materials, the team decided to use starch, peas, mushroom proteins as well as agar gelling ingredients for this purpose. The final product also contains oils and valuable omega-3 fatty acids derived from nuts.
Apart from the nutritional sphere of Legendary Vish products, the taste and aroma of food was an important and not the most important aspect. In order to achieve good imitation in this sector, they asked for help from a company specializing in this field that uses natural flavors.

The developed technology allows extrusion of plant products into fish-like structures. Different printheads would apply the material to obtain white and red meat-like tissue. Only 3D printing can guarantee a complex look.

Members of the Legendary Vish team are open to changes in their concept to expand their activities to share 3D printing technology with other companies, especially those from the vegetarian industry.

Being aware of the fact that standard 3D printing works in small-scale production, students plan to cooperate with Felix Printers – a Dutch manufacturer of 3D printers who would deal with the way to achieve larger quantities of a given product because they have experience in configuring large-scale production installations food in this technology.

Currently Legendary Vish is focused on verifying compliance with quality and hygiene requirements in its production process, and plans to start its expansion in Germany, Austria and Switzerland. They estimate the start of mass production at 2022. 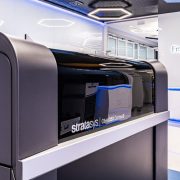 Military 3D printer farm for the production of spare parts

Our course is aimed at individuals, companies and educational units interested in starting ...

The ISO / ASTM 52941 standards for additive manufacturing has been published

The international committee of ASTM F42 and ISO TC261 has published a new ...

Stratasys – leader among the manufacturers of FDM and PolyJet 3D printers, continues ...

One charging cable that will fit all your devices and will last for ... 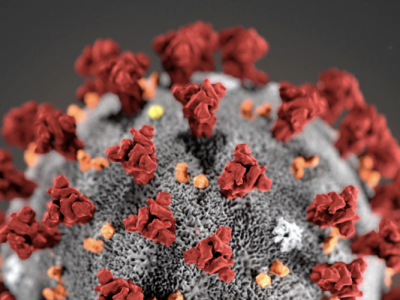 The COVID-19 pandemic continues and takes many victims, the demand for antibacterial materials ...