On May 12, 2022, one of the most important events of the last 10 years in the global 3D printing industry took place. Two leading manufacturers of desktop 3D printers of the FDM / FFF type – the American MakerBot and the Dutch Ultimaker announced the merger of both companies, and the flavor of the entire history was added by the fact that one of the largest companies in the industry – the American-Israeli Stratasys – will have a 45.6% stake in the new entity. .

The announcement of the merger was completely surprising and, in fact, the May press release only started the long process of integration of the two companies. At the same time, a whole bunch of question marks appeared on the horizon: will the product lines of both companies be combined into one type of 3D printer? Will the free CURA developed by Ultimaker still be free? Will MakerBota’s Thingiverse be integrated with CURA? and finally – will the new entity have a new name – will it be rebranded?

Recall: under the agreement, NPM Capital – the owner of Ultimaker, contributes the assets of the Dutch company to the newly created entity and will invest $ 15.4 million in it, while Stratasys – the owner of MakerBot, contributes the assets of the American producer and will invest an additional USD 47 million. At the same time, NPM Capital will own 54.4% and Stratasys 45.6% of the shares of the new, merged company. The new company will be led by Nadav Goshen – current CEO of MakerBot and Jürgen von Hollen – current CEO of Ultimaker. von Hollen will act as co-CEO and manage commercial operations, while Nadavem will be operational and R&D oversight. Both companies – now one company, will maintain their current headquarters in the Netherlands and in the USA.

TCT Magazine conducted and published an interview today with the new management of the combined companies, Nadav Goshen and Jürgen von Hollen. The gentlemen told about the backstage of the talks as well as opened the veil of secrecy in the context of the above questions.

Where did the idea for the merger of both companies come from?

von Hollen recalls that the first discussions about a potential merger began late last year, when Ultimaker was in the process of increasing its capital. Goshen adds:

Both of us are striving to take additive manufacturing and make it easy to use at a professional grade, I think this is the overarching theme for this merger and we know that we want to do that by maturing the industry to move out of the confusion into more solution and customer [orientated] offerings. I think both of us share the same thing and I think together, we can achieve it better.

According to Goshen and von Hollen, both companies will benefit. For Ultimaker, the goal is to use the injection of new capital to develop the company, especially in the American market, and then in the Asia-Pacific region. The Dutch company also intends to use the expertise of an American partner to develop its strategy – while von Hollen describes Ultimaker as a “channel-oriented” company, he highlights MakerBot’s “hybrid” approach that Ultimaker hopes will now be able to take advantage of:

By combining the two roadmaps together, we actually have the ability to deliver something that’s pretty unique and accelerates the go to market from that perspective.

The combination of product portfolios together allows us to cover a wider spectrum of customer needs. I think we have complementary ecosystems […] we come to the same market but with a different approach, and are really kind of growing the market in that regard.

The transaction is still subject to consultation with employee representative bodies and is expected to close in the second or third quarter of 2022.

I think first of all, [the teams] were kind of surprised by the news […] but we know that they are communicating between them, asking questions, kind of kind of brainstorming. The engineers are thinking about what we can do together so I think that’s something that is very exciting, from both sides.

What name will the new entity operate under?

At the moment, it is still unknown and all options are being considered. According to Goshen, the companies are not yet ready to announce the rebranding and are considering a number of solutions proposed, among others by communities around each brand.

When it comes to CURA, MakerBot’s CEO makes it quite clear:

Currently there are no plans to change any of the open source licensing that are out there. On the contrary, we want to make sure that these two communities, Cura and Thingiverse, have more to offer to wider industry users.

Thingiverse, it immediately pops in our minds. […] I think when we look at 3D printing, it’s very fragmented, the workflow, the process, and I would say probably 80-90% of Ultimaker employees go to Thingiverse to grab a design, and then go back into Cura. So it’s, it’s actually there already. And it’s such a perfect fit, actually. We have a very similar vision about where we want to go, and what we need and ecosystem is one of those things that I think by bringing the two companies together, we create something pretty unique out there.

If we can invest in the right things and make both Thingiverse and Cura, the leading, let’s say, solutions out there and platforms, it can only benefit the business itself, but also the industry. I also think one of the key parts of this is that integrated workflow, it is very fragmented. And I think one of those things is what we have to think about over the next weeks and months is, how do we make that customer journey just very easy? And I think that’s, that’s the part we have to get to, whether it’s people privately using those platforms, but also in businesses, we want to empower and enable people to be able to use the technology for what they need it for.

Do companies already have an established strategy in the area of 3D printers? Will two independent product lines be unified?

Both CEOs believe that in the case of the machine portfolio, they will be complementary – both product lines are prepared to be placed next to each other.

We have very different product characteristics. Method and the S line are very different, they’re serving different customer needs. So in that regard, I think we’re just having more options for customers to choose from. There is a big opportunity for us to streamline the workflow. MakerBot has a cloud offering, which is easy to use, there are some areas around that that we can streamline the same workflow for different products. The idea is, once we get more mature as one company, new innovations will come from the people that work in both companies. They are probably the most experienced in 3D printing in the industry so I think this is something that we’re looking forward to bring to the market at later stages. 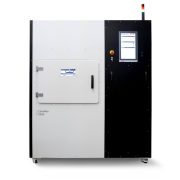 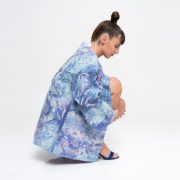