Pure copper is a very popular metal alloy in almost all industries due to its high electrical and thermal conductivity. At the same time, pure copper cannot be easily used in the 3D printing technology of melting powders with a laser beam, because the coupling of the IR laser radiation hardly works with it. The main reason is the high reflection of laser radiation and the high thermal conductivity of pure copper. Several different companies have explored the use of copper in 3D printing using alternative technologies such as green lasers for SLM, EBM or Binder Jetting technologies, where the powder is chemically bonded and then melted in furnaces.

Meanwhile, thanks to its properties, Infinite Flex can be used in the additive manufacturing process of highly conductive copper components such as heat exchangers, inductors and components in the electronics industry. Here is the technical specification of the material: 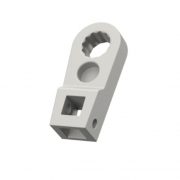 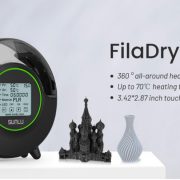