In terms of usage The Form 2 is a banal 3D printer. All we have to do to start a 3D print is to put a clean table, put a resin cartridge, put a clean resin container (or filled with the same resin from which we want to print), generate a 3D printing file (preferably with a single button – One Click Print), send the file to a 3D printer via WiFi and manually confirm printing by pressing a button on the device.

When we compare it to working with FDM desktop 3D printers (especially amateur pricebets from GearBest), we can say that The Form 2 is practically “unattended“. Not counting the above activities, everything is automated, and the user’s participation in the process of generating a file for work and printing itself is minimal.

This does not mean, however, that something can not be broken… To achieve this, it is enough not to follow certain rules of use of the device and to ignore the alerts it sends. Here’s a short story about how I tried to damage my The Form 2. Read and learn from my mistakes…

Completing the work with Dental SG resin, I decided to print again two models. I had the tip of the material and it was supposed to be the last two details that originated from this cartridge.

The resin was unused for about three weeks – both in the cartridge and in the container and I should prepare it properly for work. The material is characterized by a high concentration of orange pigment, which gives the models a deep color and allows easy grinding of their surface without the risk of leaving marks. Unfortunately, the consequence is that when the resin remains unused for a long time, it solidifies and small, white deposits appear in it. So before we start printing from it, shake the closed cartridge long and hard to mix the resin inside it and to pick out from the container all the deposits that have appeared there. 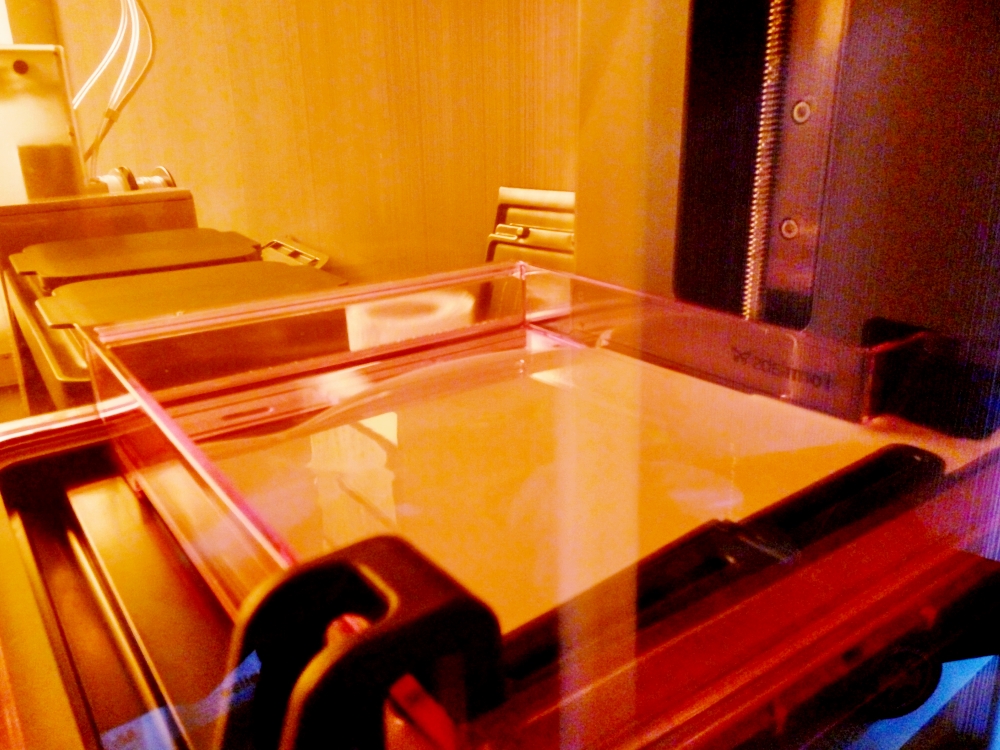 We printed the Dental Model resin for the first time last autumn. It remained then intact for three months. When I started working with it again, I thoroughly carried out all the above procedure – for a good five minutes I walked around the office shaking the cartridge, and then for 15-20 minutes I fished the resin deposits from the container with tweezers. The next prints came out great, which you could see in the pictures in the article.

Another break lasted about 3 weeks. This time, to the question of mixing and fishing, I went beyond the more liberal – the cartridge was shaken for several dozen seconds, and the fishing of deposits was boring after 3-4 minutes. “What can happen …?” I thought …

When the cartridge and the resin container were loaded, I started the print. The Form 2 informed me that there is a risk that it will not be completed, because in the cartridge and container may not be enough resin and asked if I want to continue working? Of course I answered that yes!

During the work, from time to time I entered the room with our 3D printers and checked the progress of work. I noticed a few resin deposits on the occasion, but I decided that since a few weeks before everything went without any problem, why would they appear this time …?

After about 2 hours of printing, it turned out that a quite serious problem appeared. The table was in a lowered position, immersed in resin, and The Form 2 informed me that the table was blocked and the work could not be continued. At the same time, he asked me what I wanted to do:

Of course I chose to continue! I wanted to continue! The Form 2 decided “to make sure” and asked if I was sure of that? What could I answer? Yes of course! After all, I would not choose this option if I was not sure about it. I chose “yes“.

Then The Form 2 began to make sounds that I never suspected… The 3D printer tried to lift the work table up, but it could not. The resin cleaning arm tried to comb the resin, but it was blocked by the table. The container with the resin also wanted to move sideways, but the sunken table effectively blocked him from it. Stepper motors howled and after a few seconds of hesitation I decided that the safest way would be if I just turn off the 3D printer.

Nothing happened after resuming. The table remained in the same place all the time, embedded in the resin. It was not possible to raise it in any way possible – also by hand. After a moment of panic, I tried an alternative approach:

It turned out that the table really stuck to the container. Ie. it did not touch its bottom, as the 3D printer managed to print 2-3 millimeters of raft, but it was practically entirely embedded in the resin. 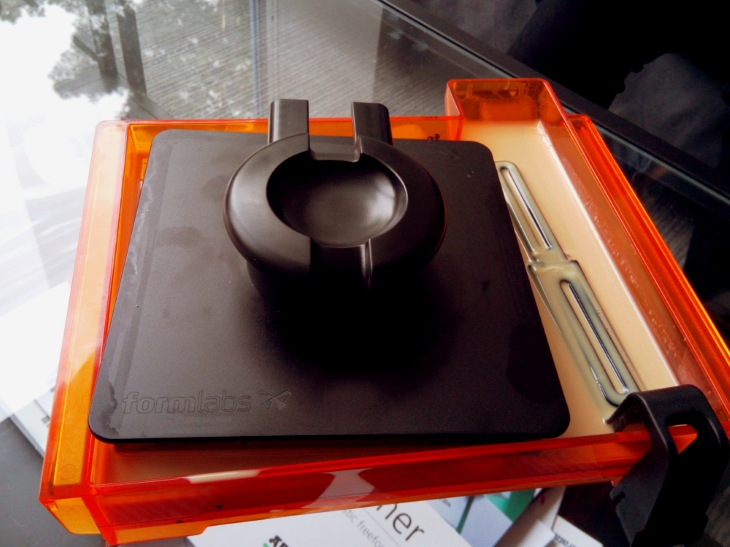 After a few minutes of gently moving the table, we finally managed to detach it from the bottom of the container. 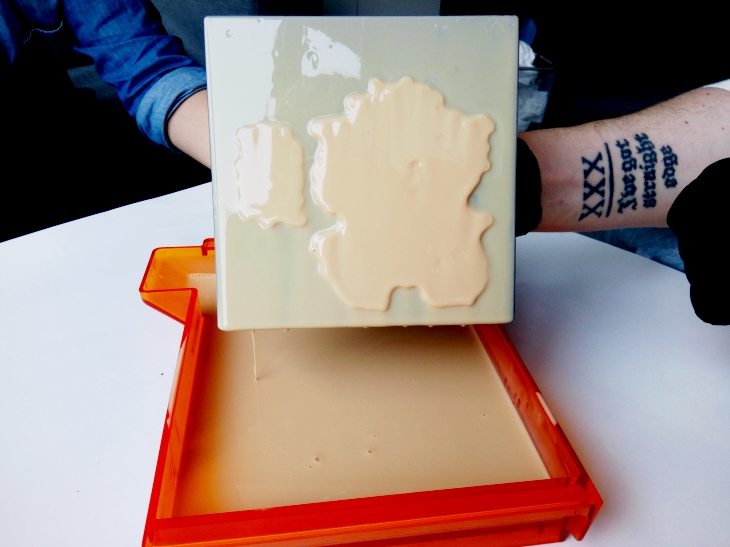 We broke the fragments of the raft from the table and cleaned it from the remains of the resin. He did not suffer the slightest damage. 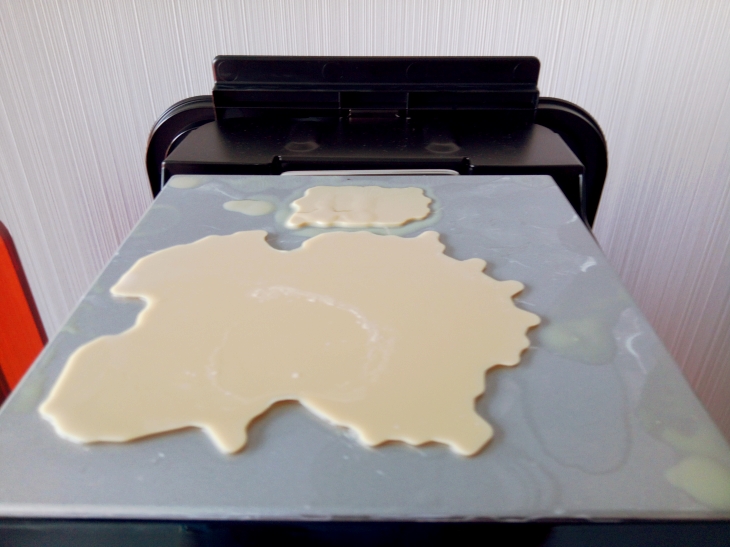 We re-examined the container with the resin. Of course, there were a lot of deposits in it, which I did not want to fish before. 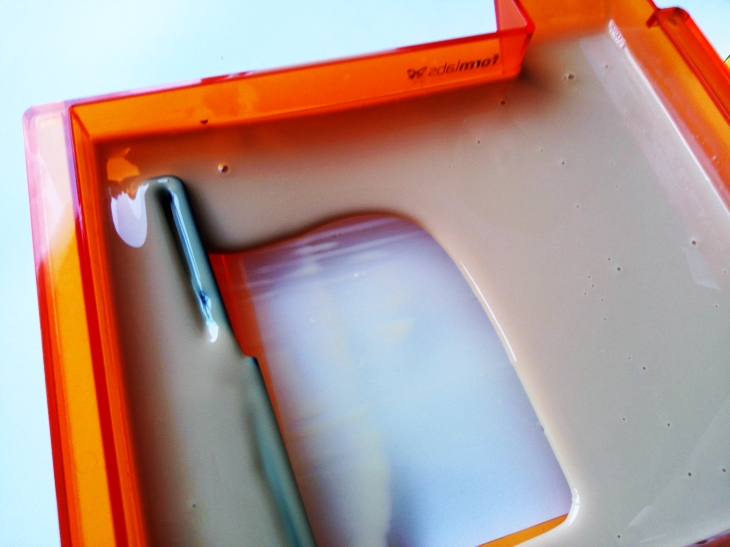 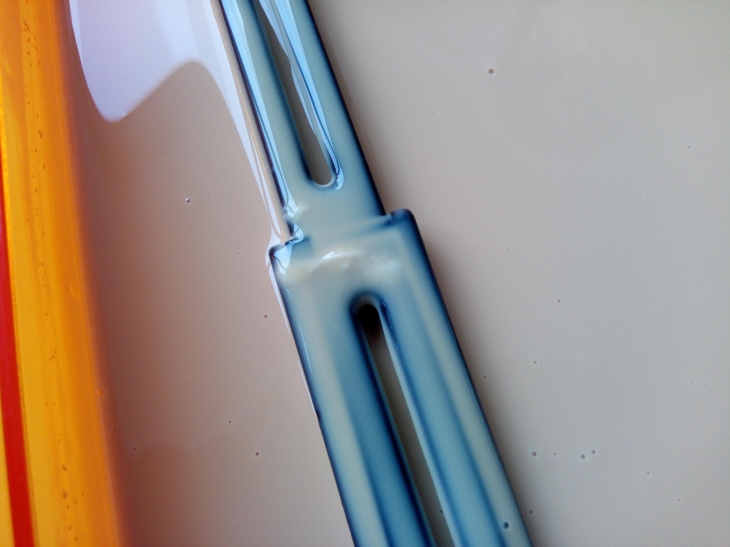 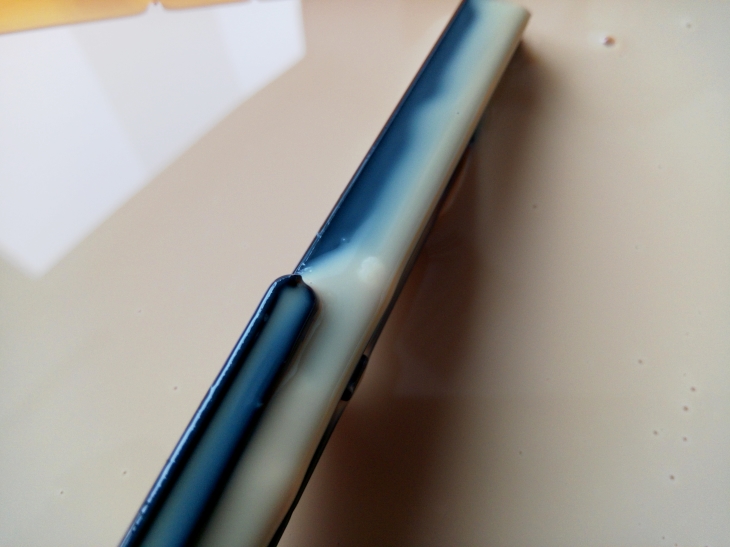 So what happened and what could it do in the worst case scenario…?

What would happen if…?

The reason for the failure described above was simply the improper preparation of the Dental Model for work. The derivative was also that it has been open for more than half a year and its specific chemical properties meant that it could have been thicker compared to what it was at the beginning. Unfortunately, photopolymer resins are not filaments that properly stored can lie on the shelf for up to three years and still be suitable for work…

Fortunately for this case, The Form 2 alarm systems worked as it should and nothing more serious happened. And what could happen? The worst case scenario is the bursting of the container and spilling the resin on the device. Fortunately, unlike The Form 1, the galvo beneath it is protected by glass, but I do not know how tight it is? If it was flooded, you can order a new 3D printer right away. The flooding of the glass itself is also a serious problem, but I assume that it is possible to clean it up?

Either way – do not try to do it at home (and at work). When The Form 2 advises you to stop the work for various reasons, it is worth listening to. It is also worth adhering to specific rules for dealing with selected consumables (especially when you describe them yourself …). 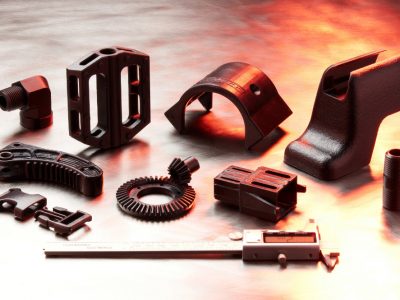 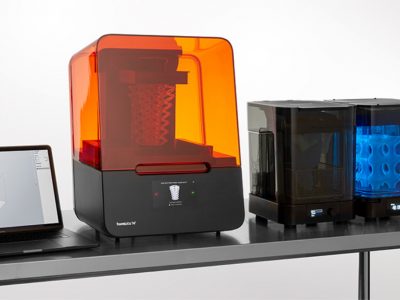 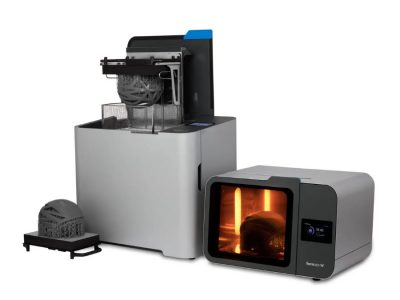