For many people, the current period of social isolation is synonymous with remote work and spending most of their lives in four walls. What to do at this time? You can devote yourself to your passion, read more books or… catch up on film backlogs. As part of my productive use of time, I decided to watch “Print the Legend”, a document on 3D printing that had been on my Netflix Watch List for last three years…

“Print the Legend” was added to the Netflix database in 2014 and presents the story of the two years preceding the premiere of the documentary years. We learn the history of the then 3D printing industry through the prism of two main characters – Bre Petis, founder of MakerBot and Max Lobovsky, co-creator of Formlabs.

The real strength of the film is to show how different approaches you can have to 3D printing technology on the example of two similar business development paths. Their stories, despite the fact that they are played simultaneously, are not strongly interconnected, but only intertwine in some events.

The canvas for the document is the development of two companies – Formlabs and MakerBot. The creators base the comparison of both producers on the principle of adversity, but this is not widespread, and only highlights how the creators of both businesses have changed over the years. Bre Pettis, compared here to Steve Jobs, is presented from the beginning as a person whose charisma managed to associate fans of 3D printing technology. Basing (initially) on open-source principles, combined with excitement and faith in the project attracted crowds to MakerBot, which made the company succeed at an express pace.

In opposition to Bre, Max Lobovsky stands. A withdrawn, shy MIT student who devoted his studies to one of the best universities in the world to start his project to build a Form1 3D printer. The plans of a group of young people working on the project were quickly fulfilled – thanks to the campaign on Kickstarter they managed to raise financing at the level of USD 3 million.

For both companies, a large injection of cash turned out to be a milestone in their development. In MakerBot, this meant cutting off from open architecture and switching to a closed device. For the community, this was a huge disappointment – the company they have so far associated with the open source movement has turned its back on them. In addition, the document states that many members of this community shared their ideas, which later MakerBot sold… Well, it doesn’t look like a story that would end in a happy end…

Immediately after, there was a split in MakerBot. The creators quarreled due to different views on the company’s development. Zach Mayer wanted to stick to the open source philosophy – he described the departure from open architecture on his blog as, while Bre wanted to “build a sexy Apple-style 3D printer.” Pettis did the same with a 3D printer as Jobs with computers – he made technology earlier reserved only for specialists, it has become affordable for non-professional home users.

At Formlabs it is a time of hard work, prolonged delays in deliveries and… a lawsuit for infringement of 3D Systems patents.

However, I do not want to reveal everything to you – it’s worth watching a document in your free time and form your own opinion about it. I would add that Cody Willson himself, the creator of the 3D printed weapons project, appears in the document – I think getting to know at least some of his views and the mission being spread is an interesting experience…

To sum up, the documentary shows great evolution – from a garage company in which a loose work environment translated into free but effective operation, to an organization employing over 200 people, when slack was replaced by bureaucratic meticulousness, which has plucked wings for many employees. Most of the people presented in the document are technology enthusiasts, for whom this evolution proved impossible to pass, and betraying their beliefs was too much austerity.

In one of the scenes, Max Lobovsky, the founder of Formlabs, says that he would like his project to be presented by Bre, because he himself does not have the charisma he has. Time has shown that to become a unicorn you do not need Bre charisma, but more humbleness and hard work that brings results. 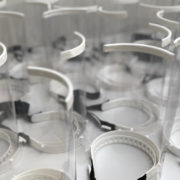 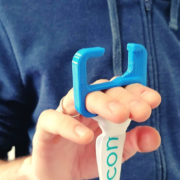 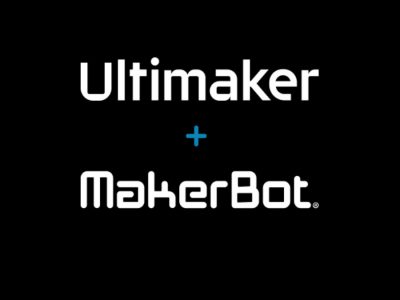 Here’s the biggest news of 2022 – MakerBot has joined with Ultimaker!

No, it’s not April Fool’s Day. It really happened. MakerBot – the first ...

In mid-October, we reported that Thingiverse – the largest library with free 3D ...