EOS – one of the world’s largest manufacturers of industrial 3D printers, printing from powdered polyamides in SLS technology and powdered metal alloys in DMLS technology, has announced that it has delivered and installed its 1,000th machine on the North American market.

The 1,000th implementation was the AMCM M 4K 3D printer – a large-format, high-performance four-laser system for 3D printing from metal. A unique feature of the machine is the ability to 3D print applications up to one meter high – something unimaginable in additive production just a few years ago.

The 3D printer has been installed at Sintavia based in Florida, which is one of the world’s largest manufacturers of metal additives, focused on the production of advanced drives and systems for the aviation, defense and space industries. It is also the 17th EOS 3D printer installed in Sintavia.

EOS was founded in April 1989 by Dr. Hans Langer in Gräfelfing, Germany – a small community south of Munich. Since 1990, the company has been developing printing systems made of light-curing resins in SLA (stereolithography) technology, and one of its first customers was BMW. Over the next five years, EOS introduced its first laser sintering system (SLS) based on polyamide powders. In the following years, the company developed and produced new machines, opening branches in Italy, Great Britain and Finland. The company established its North American headquarters in Novi, Michigan in 2001. Today, EOS North America also has a technical center in Pflugerville, Texas, and a materials engineering and manufacturing center at Advanced Laser Materials (ALM) in Temple, Texas. 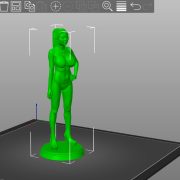 PRUSA Research is releasing a beta version of PrusaSlicer 2.4.0 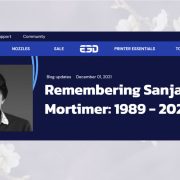 Sanjay Mortimer – co-founder of E3D-Online has passed away…