3D printing is one of the few technologies that allows us not only to create personalized objects, but also to modify existing designs. A case for the iPhone 5 may serve as a great example. You can modify it and master the basics of 3D modeling at the same time. There are many models of cases on Thingiverse.com that can be adapted to individual needs or used to create a completely new project.

To create our case we will use a freeware program, DesignSpark Mechanical 2.0, which can be downloaded from this page. The program is easy and intuitive, so that even novice users should be able to handle it.

The first project: something for fans of heavy sounds

After installing the program a start window appears which displays the manufacturer’s website. If you want to start working on a new project, close the tab with the home page and choose the option File and then New and Project.

Then click Open and choose the model that you want to modify.

When our model is already loaded, we need to merge it into a single block, because at the moment the model is saved in the .STL format. To do this, click twice on the model, choose the option Convert to solid and then Merge surface.

After this is done our model is ready to be modified. We will start working on it by choosing the plane on which our model will be created. For this purpose, we press the scrolling mouse button. When you see the bottom side of the model, hit the “V” key. Our phone case automatically changes position and is set vertically. This will be the bottom view of the project.

Now we can place our model onto the plane. The first project will be of special interest for the fans of heavy music. Our case will be decorated with the condensed logo of the American thrash metal group – Slayer. These will be the letters S and R, corresponding with the band’s logo.

First, draw two auxiliary parallel lines, using the Construction Line tool. They will determine the size of the letters that we draw. Then select the Line tool and draw the letter S. Do the same when drawing the letter R. When working on a project, keep in mind that it is to be printed on a 3D printer. You need to remember a few details, for example, ensure the interconnectivity of all the planes with each other. As you can see, the letter R has been slightly modified so that its inner part would be connected to the “background”.

When the two letters are ready, turn to the 3D view by pressing D. Then, while holding down the right Ctrl, click on the two letters to select them. Select the Pull tool, which is used to pull the surfaces or create holes. When you select this option, you will see a small yellow arrow suggesting the direction of the pull of the surface. To make our letters into holes, move the arrow in the opposite direction. We can do this by holding down the left mouse button and moving the mouse downwards.

Isn’t that simple? Modifying the existing case model took us ten minutes, and we can be sure that we are not going to meet anyone with the same case as ours. When designing a similar model, keep in mind that all the elements should be combined in a single plane, as I mentioned above.

As a science fiction films lover I decided that in the next project I would refer to one of the classics, namely the Luc Besson’s film “The Fifth Element.” The model I chose consists of four symbols that signify the four elements: fire, water, earth and air. The symbols can be found on the weapon’s elements, in the final part of the film.

I started by drawing a square on the top layer with the Rectangle tool. Then I placed the auxiliary lines, indicating the center and both halves of the square.

The next step was to draw a smaller rectangle with sides of 23 and 3 mm inside the previously drawn square. Inside the rectangle we draw a wavy line by means of the Spline tool.

After drawing the wavy line, select it by clicking on it, and choose the Move tool. A handle icon will appear on the selected line indicating the moving mode.

Click on the handle and drag it onto the line you want to copy. To copy a line, not only to move it, you also need to keep holding the left Ctrl. Hold the key on the keyboard and move the green handle arrow down – the line is copied and moved. I moved the line by about 1.5 mm. Repeat the process with the successive lines until you get 12 of them, so that they make up six thicker waves. Finally, close them at the ends using the Line tool.

Repeat the same for the other symbols. The final result should look something like this:

The resulting design can still be modified, by pulling it, or by creating holes in the form of the symbols. Both can be done by means of the tool that we already used for the first project – the Pull.

The third project: Pacman and the ghosts

The last project, created on the basis of the simple case, is rather minimalist and refers to the Pac-Man game.

Here, for a change, choose the side surface, not the top. For starters, draw the title character with the Circle tool and the Line tool. Then, remove part of the circle with the Cut tool or press T while clicking on the lines that you want to remove. Then, draw the smaller circles which will be the dots eaten by Pac-Man.

Do the same on the other side, only instead of Pac-Man, draw four ghosts, which, as you know, are trying to hunt our hero down. We pull the whole thing by 1 mm. Remember, however, that the depression should be deep enough to have enough space for the case itself.

After the last pull our next case project is ready. We can use the Pac-Man motif also on the upper part of the case.

For some, the tutorial may seem simple and trivial, but for absolute novices, modifying a ready-made model is a good way to learn the basics of the modeling software. And this is why it is good to start your modeling adventure with such projects, which will help you move to a higher level in the future, and to create new models from scratch.

Predicting the future – where is the 3D printing technology heading in the upcoming years? 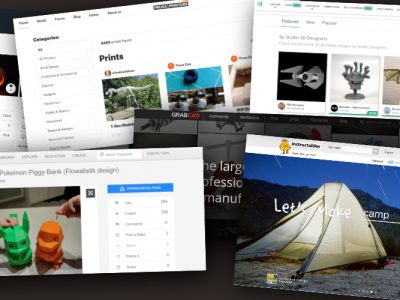 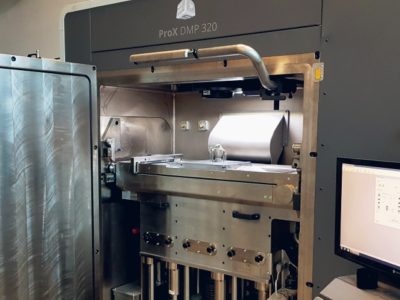 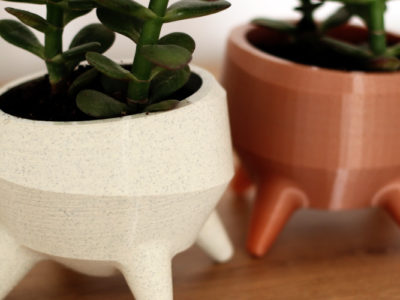