Torbjørn Ludvigsen, the inventor of the Hangprinter 3D printer, launched a crowdfunding campaign on the GoFunMe platform to raise the money needed to contest the Oak Ridge National Laboratory (ORNL) patent for the “SkyBAAM” 3D printing concrete system. The goal is to collect 600,000 Swedish kroner (approximately EUR 57,000) and so far we have managed to raise 77,000, ie 13% of this amount. The campaign was supported by Josef Průša himself, who donated KR 20,000 for this purpose. The money is to be used to pay for legal fees that, according to Ludvigsen, can range from “a few to several hundred thousand dollars.”

Earlier this year, a team of ORNL engineers filed a patent application with the US Patent and Trademark Office for a 3D printing technology that uses a concrete application module, suspended on ropes attached to the nearby booms and a tall crane. Shortly after the patent was disclosed, Ludvigsen and Dr. Adrien Bowyer – the legendary creator of the RepRap project, pointed out that the system had many similarities with the “Hangprinter” – a 3D printer first introduced back in 2014.

Hangprinter is equipped with a print head suspended from the ceiling, offering the same potential functionalities as SkyBAAM. The patenting of this technology directly contradicts the ambitions of Ludvigsen, who released it under an open-source license and encourages its further free development. 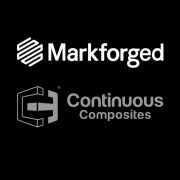 Markforged has another patent dispute… 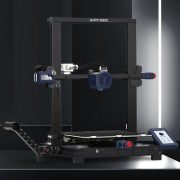