The 3D printing technology is expanding on the new markets and the popularity of 3D printers is also growing among private users. A company which supports its development in Poland is ABC Data, the leader of distribution of innovative IT devices in the CEE region which also gained a tile of The Best Distributor of Low-Budget 3D printers in 2015. The company has the next chance to popularise this technology – it starts to distribute 3D scanners – Pixelio.

Pixelio is the one of kind device, which can turn your smartphone into a 3D scanner or 360° camera. It was created by a leading Polish company – Smart3D which succeeded on one of the biggest crowdfunding campaigns. Now the versatile device is available in the reach offer of ABC Data, which is the only one distributor of Pixelio in the CEE region.

Thanks to the fact, the device will be available for a huge group of resellers and they will help to popularise the low-budget 3D printing in Poland and in the whole CEE region. ABC Data doesn’t tend to only sell devices of a good quality, but it also educates its partners.

Radosław Jankowski – Project and Implementation Manager of ABC Data comments on the enterprise:

Pixelio should interest a huge group of people because of its simplicity and universality. It will be perfect for photographers, archaeologists, engineers, graphics, bloggers and e-commerce specialists.

When you put your smartphone with a proper software on the arm of the device, you can 3D scan all of the objects, in  which you are interested in. An it’s not all. It works also in panorama mode, timelapse, you can take a 360° picture or video with it, what makes it versatile.

Pixelio broadens naturally the offer of ABC Data, in which you can find above all 3D printers and materials. The innovative 3D scanner gives users of 3D printers a freedom to create projects destined for 3D printing. What’s important, Pixelio is multifunctional and it can be used to take products snaps and panoramas. 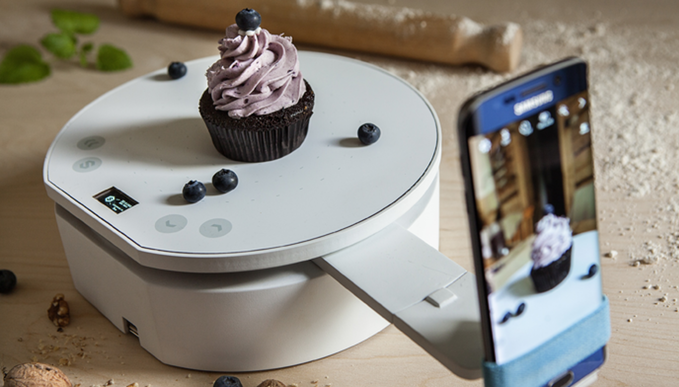 ABC Data S.A. is the leader in distribution of IT and electronics in Poland and eight CEE countries (from the EU). The company was established in 1991 and it offers 180 thousands products of 1000 reputable companies. In 2009-2016 it gained EMEA Channel Academy prizes for the best distributor in the CEE region. It is the first Polish company which became a member of GTDC – a prestigious society of IT distributors in the world. In 2010 ABC Data debuted on the stock exchange in Warsaw.

Problems with Tiko – even if it’s lame, remember how much did it cost…