Photoinitiators are chemical compounds that cause the photopolymerization of the resin, i.e. its transition from a liquid to a solid. There are so-called “Active component” of resins used in SLA and UV LCD 3D printers, reacting under the influence of emitted light in specific frequency ranges (most often 405 nm). A significant disadvantage of 3D printing resins is their toxicity before processing – and photoinitiators are the source of some of this toxicity. Meanwhile, thanks to the new method of synthesizing non-toxic photoinitiators developed by the Technical University in Graz, Austria, it will be possible to start producing them cheaply. In the long run, this may affect the quality and safety of work with photopolymer 3D printers?

Photopolymers are widely used in the dental industry, where they are used to create dental fillings. They are obviously non-toxic and this is achieved with germanium-based photoinitiators. Their advantage is that they absorb light with a longer wavelength, and therefore do not require UV radiation harmful to health for curing. Unfortunately, they are extremely expensive to produce – the cost of a kilogram of photoinciator based on germanium oscillates around tens of thousands of zlotys. In dentistry, however, it is not so important because the prosthetic filling has a very small volume, and the photoinitiator is only one of the components of the resin used. However, if you wanted to use the same photoinitiators in resins used in 3D printing, their price would drastically skyrocket …

Michael Haas from the Institute of Inorganic Chemistry at the University of Technology in Graz, developed a completely new method for the synthesis of germanium-based photoinitiators. Unlike conventional synthesis, this production method does not require sulfur and is much simpler, more efficient and cheaper. In the manufacturing process, several silicon-based protecting groups are simultaneously cleaved off and the desired compound is isolated by simple crystallization.

The new method of obtaining photoinitiators could have a big impact on the development of medical and biomedical applications, implants and even contact lenses. The industry of photopolymer 3D printers may also be a beneficiary, where the use of new, non-toxic photoinitiators would allow for a much wider use of SLA and UV LCD methods – both in the medical and prosthetic area, as well as in everyday use or hobby. 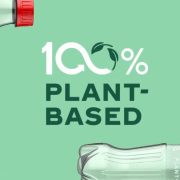 Coca-Cola presents a prototype bottle made of 100% vegetable sources 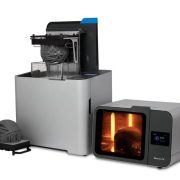