Coca-Cola has unveiled a prototype of a new-generation bottle, made from 100% plant-based plastic (bPET). The material is created in an innovative process of converting second-generation biomass to plant monoethylene glycol (bMEG) – one of the two molecules necessary to create bPET. Currently, about 900 prototype bottles have been produced. They are recyclable and can be recycled bottle-to-bottle within existing infrastructure, including traditional petroleum-based PET.

The prototype is the result of collaboration with various renewable technology vendors working to develop sustainable, future-proof packaging solutions, including Changchun Meihe Science and Technology and Virent, Inc. The material of the new bottle is made by combining sugars converted from plant materials to make vegetable monoethylene glycol (bMEG), as well as vegetable paraxylene (bPX), which in turn has been converted into vegetable terephthalic acid (bPTA).

Coca-Cola has been conducting research and development work on the implementation of new types of plastics for several years. In 2009, the concern introduced PlantBottle – the world’s first PET plastic bottle made of 30% recyclable plant-based materials. The new prototype of the bottle uses only materials from renewable plant sources, removing the entire content of crude oil from its composition. It represents a significant technological advance in the reduction of PET based virgin oil in commercially produced bottles. 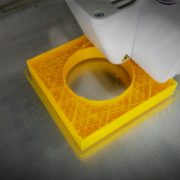 Sales of 3D printers are growing, but still not compensating for declines caused by the COVID-19 pandemic 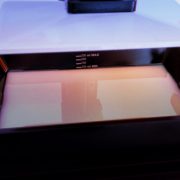