Who uses 3D printing technology? Basically everyone who is into manufacturing. On 3D printers we can create early prototypes, functional prototypes, single products or low production runs. We can produce everyday products, we can produce specialized items and devices that are not profitable to mass-produce. We can make tools used on production lines, as well as spare parts for broken or damaged elements of devices and machines. 3D printers are used by designers, engineers, and specialists from the maintenance, tooling, supply and logistics departments. 3D printer is simply just another tool used in whole manufacturing chain, where it CAN BE used at ANY stage.

Only on our website – the 3D Printing Center, we have described hundreds of case studies in the area of automotive, aviation, railway, energy, household appliances, household electronics, entertainment, gaming, medicine, dentistry or jewelry. You will find many examples on the Internet – here I will mention just a few including those that we did for our clients.

Imagine a forest with a high-voltage power line in the middle of it. One of the masts needs to be serviced – a group of specialists has to get to the site and carry out the work. They need a car with appropriate equipment. The car cannot be a typical showroom car – it must have a whole lot of unique features and functionalities to be able to get into the middle of the forest, accommodate the team and a whole lot of their tools. Additionally, it must be equipped with appropriate features and systems supporting the works.

You don’t buy such cars from a car dealer. They are manufactured in small numbers for a strictly defined customer order. Different cars will be needed in different parts of the world – different in Norway, different in Portugal. Different in mountainous terrain – different in wetlands. Where to get specific parts for these cars if they are not mass produced? For example, by using 3D printers – it’s the fastest and the cheapest way.

Another example – still in automotive sector. You want to restore some really old car. There are no spare parts left in the whole world. You have to make them from the scratch. Once again – welcome 3D printing! The fastest and cheapest way to make them starting with nothing.

As a 3D printing service company, we mostly serve clients from the manufacturing industry. We make a lot of prototypes, but what we specialize in is low-volume manufacturing of final parts. One of our clients is a furniture company that once ordered over 400 end caps for their custom tables. The parts were of different colors (including such unusual as maroon) and had different shapes (from 8 cm to 30 cm in the XY axes). Technically, their production was trivial because geometry was pretty simple. It was the deadline that was the problem – we had only a little over a week for it. And as these were the final parts, the visual aspect was very important. They had to be printed in a sufficiently high quality, which translated on longer production time. We did it with the help of nearly 20 of our FDM 3D printers.

From the standpoint of traditional manufacturing techniques, the challenge was:

The casting or injection molding technology were out of the picture, becuse they were too expensive and too long to implement. CNC milling was longer and a bit problematic due to large color variations. In 3D printing we matched the filament color to customer expectations and simply started the work. Each 3D printer printed different geometry in different color. We were able to make about 40-50 parts per day. The job was done on time.

Another case study is 3D printing of nearly 100 plastic candles used as a base socket mould former. A client who is a producer of honey, decided to use the beeswax he had, to make candles. He needed to create molds for casting and check if the designs he made were right, so ordered a one piece of each candle. Some candles were small and wide – others were tall and narrow. Each of them was supposed to have one key feature – they had to have perfectly smooth surface, so that the layers typical for 3D printing would not manifest on the casting mold. Color did not matter – only the shape and the surface. And of course – the price had to be the lowest possible.

We 3D printed them on our FDM 3D printers. Additionaly, each candle was hand polished to achieve the desired smooth surface. While there was no time pressure, it took us just over a week to complete the order. Again – no other manufacturing method was as time and cost effective as 3D printing.

The third case study is an example of a fast-order-fast-delivery. A manufacturing company needed some replacement parts for assembly line. They contacted us on Tuesday, at 11:00 AM with the inquiry if we can 3D print some small but very tough and durable parts and deliver them by the end of the week? We prepared the price offer and send it to the customer in less than 10 minutes since we received the 3D files. The offer was quickly accepted and we started the production. Next day we send the final parts to customer, who received them the day after – one day before initial deadline. If the company was the same city we are operating, technically there was an option, they would get the parts in less than 24 hours since the very first contact.

Our personal record is in fact less than that – we received the initial inquiry at 05:00 PM and the ordered part was received by the customer next day at 09:00 AM. Apart from 3D printing, there is no other manufacturing method that would be faster in achieving that. 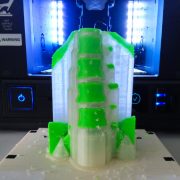 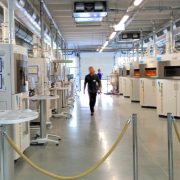 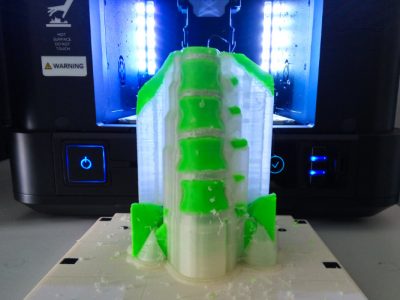 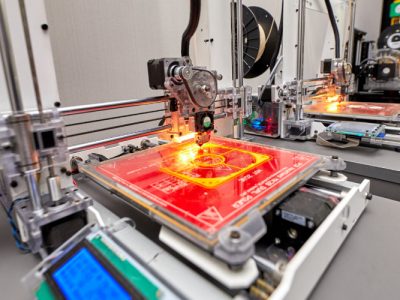 3D printing business – when it was born, how was it once perceived, and what is it today?

If you want to start 3D printing business and look for some basic ...