A crowdfunding campaign of OLO – a 3D printer based on smartphone is undoubtedly one of the most crucial phenomena on the low-budget 3D printers market this year. Creators of the device – an Italian company Solido3D, earned on Kickstarter 2,321,811$ and sold together 14,982 3D printers. Like always in case of this kind of projects, everybody wonders if the promises will be kept or if it will be even realised? If so, will it be shipped on time? As far as we know, Solido3D published the most recent update about realisation of the project and presented new functionalities, which will be implemented.

As I mentioned – I am one of these almost 15 000 people, who decided to back the campaign of  Solido3D and ordered OLO. My feelings towards it are mixed – on the one hand I hope, that it will at least work and print, but on the other hand I am afraid, that it may be a spectacular catastrophe like the infamous Buccaneer. The last update seems to be optimistic, but I have doubts, if the dates of shipments declared in the campaign, will be met.

The 3D printer OLO is supplied with AA 1.5V  batteries, which should be enough for about 100 prints. It is compatible with all of the most popular mobile platforms like: Android, OSX and Windows Phone. You just need to download a proper application and send, download or upload 3D projects. You only need to put your phone under the container with resin and click on“print” and wait for the end effect. 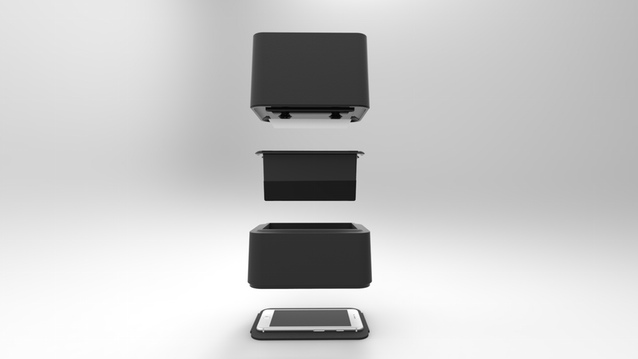 Its working area is 7,6 x 12,7 x 5 cm. A resolution of layer is 0,042 mm. It uses photopolymer technology. In the set, you will find 8 resins of different colours and hardness. A secret of the low price is elimination of expensive projector, which has been replaced with smartphone.

Solido3D has made a few changes of the original project presented on Kickstarter. First of all, a USB port was added, which will supply the device (at the beginning it was declared that it will be supplied with batteries). It was also designed to fit every headphone and power jack configuration we could find. 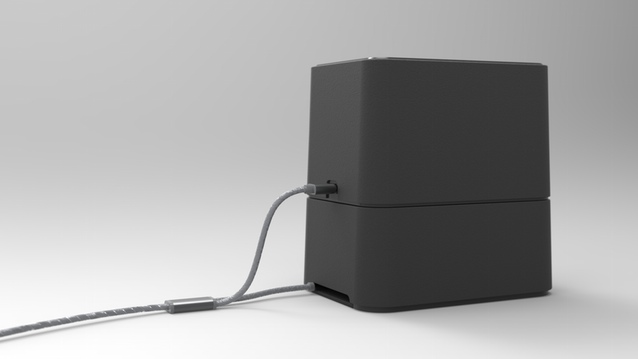 The phone pad at the base of the printer has been redesigned using spring loaded screws. The screws allow you to position the phone perfectly against the build film, while the springs keep it tight. This allows any phone, regardless of its thickness to be positioned exactly against the building film. A list of all of the modifications is available here. 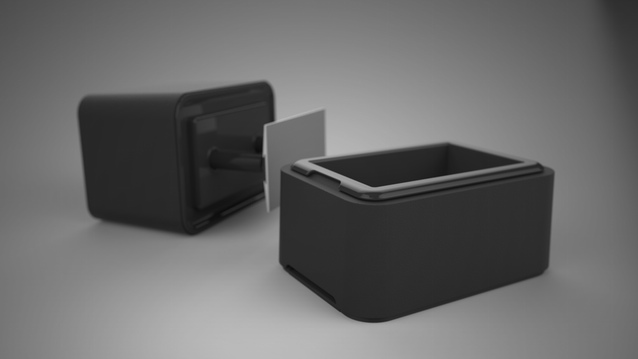 Unfortunately, the changes mean, that it will still not be manufactured. According to the plan, moulds needed to produce casings were scheduled for July/August. In the second half of August OLO should be manufactured and in October/November they may be delivered to the backers, but these dates are not valid. If everything goes all right, the creators will succeed, when it will be delivered this year… 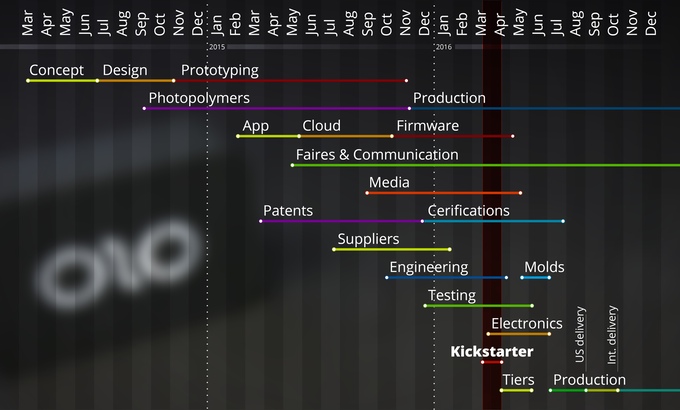 Anyway, Solido3D informed about signing a contract with a Chinese factory, which will focus on a final assembly of 3D printers.

Show must go on. What I will receive earlier – OLO or Zortrax Inventure…?

FabScan – how to build a 3D scanner? A DIY tutorial… VOL 5