Scientists from the University of Nebraska in Omaha (UNO) and Copper3D, a Chilean manufacturer of anti-microbial copper nanoparticle phialments, received a grant of $ 1.125 million from NASA to develop and test new materials suitable for production in space. The materials are to be recyclable and have antimicrobial properties.

UNO and Copper3D already have a history of working with NASA. In September 2018, entities were awarded the first grant to test a new technology of 3D printing in microgravity (Zero-G) using antimicrobial materials, and in February 2019 another grant was awarded to evaluate the possibility of 3D printing a set of medical devices under Zero-G conditions.

Prof. Dr. Jorge Zuniga of UNO and co-director of the Biomechanics Rehabilitation and Production Initiative (BRMI) comments on the latest project for NASA:

The challenges behind this research and NASA’s interest in antimicrobial technology stem from two fundamental problems. First, there is ample evidence that astronauts on long-term space missions suffer from “immune system dysregulation” suspected of being multifactorial in origin (disturbed sleep cycles, shutdown, exposure to high radiation, etc.). Second, bacteria and viruses are becoming more resistant to microgravity, which, combined with the previous factor, makes space missions of more than six months in orbit now very risky. In this context, it is extremely important to have new materials, tools, medical devices and everyday items with antimicrobial properties, which is precisely the area of Copper3D’s specialization.

There is an additional factor to this problem which is logistical in nature and concerns the limited space available on the ISS (International Space Station) – they need logistical support systems that are increasingly autonomous and decentralized. For this reason, 3D printing technology would enable astronauts on space missions to manufacture their own spare parts, tools and medical devices completely on demand.

If we add the concept of circularity to this scenario, which is the ability to reuse the same material for different applications and undergo several recycling and re-production processes without losing its antimicrobial properties, it will save a lot of weight, time, sourcing missions and other logistical and medical complications that would make these future space missions much more feasible and safer.

Thanks to a grant from NASA, Copper3D will develop two new antimicrobial materials, then manufacture and test them for safety on Earth in a replica of the ISS additive manufacturing plant. After confirming the safety of the material, the team will prepare activities related to commissioning, operation and return to Earth.

UNO Biomechanics will work with 3D printer manufacturer Made in Space and NASA to create test coupons or printed representations of the final devices in space, as well as conduct antimicrobial efficacy tests on Earth. 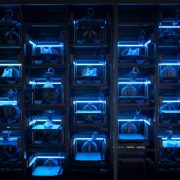 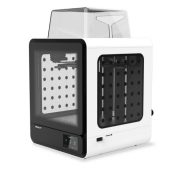