Have you seen a touching material about duck which lost its leg? Have you seen that’s possible to print it a new leg in 3D printing technology?  Have you heard that NASA will print food to astronauts in space and the rest of Americans will shut to each other from guns printed with 3D printers? If the answer sounds “YES”, it’s also possible that it came to your mind “Wow… how amazing is this whole 3D printing and this technology!”. You started to read about it and now you’re trying to orientate yourself in prices of 3D printers. Read about the whole truth, before buying a 3D printer…

3D Printing of objects is counted in hours. Even if you don’t care about the quality, when you want to print out something what is bigger than matchbox, you have to know, that it lasts several dozen minutes. It’s not connected with technological barriers or a quality of devices which are on the market. It’s just… 3D printing. 3d printing is not similar to printing out of Microsoft Word files with laser printer or pictures with normal  ink printer. With this kind of devices yoy can print objects. When you want to receive an durable object, you have to know, that it takes a long time. We know that’s disappointing then you have wait 2 hours for a few dozen centimiters high figurine but it’s impossible now to do it quicker. What’s more, the more precise is is an object, the more time you need to print it out. 3D printing is a task for patient ones. The following 3D printout  of head of the administrator of Reprapforum lasted about 37 hours. So, when it lasts one and a half day, we have to be sure, that it’s worth waiting.

As far as specialist industrial printers (or rather machines), which cost several – several dozen thousands €, aren’t concerned, 3D printers have a quite small work area. Low-budget desktop printers, which print in FFF technology, have a work area in size: 20 x 20 x 20 cm. However, when you consider a time of printing, you don’t want to use their full capacity. That’s why with 3d priners we print above all small objects like for example: LEGO building blocks.  But it could also be frustrating and not worth the effort. A vloger Barnacules Nerdgasm has recently decided to print some building blocks basing on a project found on Thingiverse and… to print 20 basic blocks he needed 5 hours and 11 minutes. It doesn’t matter that these blocks were matching witch original LEGO. He couldn’t  have built anything from them.

A 3D printer costs about several thousands €. A guarantee perdiod lasts usually 3 months and a service and technical support are abroad.  A material costs from several to several houdred € per 1 kg. If you’re fancy, you can of course buy a material on The Form 1 where 1 l of resin costs about 100  € + VAT + customs duty + transport from USA.  And your result costs several – several dozen €. A printing in FFF technology is destined for not complicated objects. Even if you want to print a very original object from plastic… it will always be an object made from plastic. So, the proportion of costs of a device and its exploitation to effects, is disproportionate to a value.

When you buy a 3D printer, you need also to buy a software, if it’s possible type CAD. When you want to create more complicated objects, an experience and a basic knowledge about constructions. If you aren’t experienced, sooner or later you’ll try to print something out which is actually impossible to print out…

When you print with an ink printer, everything goes usually according to plan. In the worst case, a paper can jam or stains from cartrige can spoil a quality of your printout. In case of 3D printers missahps happen more othen. Your material can peel off the bed, a filament can stuck in nozzle, a temperature can fall, electricity can be cut… During 37-hours printing, everything can happen.

Layers are a key problem. You can try to get rid of them with acetone but this process is rather not safe and is not 100% effective. Objects printes in technolgy ABS or PLA will never have as good quality as objects created in injection molding. These are devices which can print in incredibly high resolution but it’s still time consuming and it’s not worthwhile in the long run.

The industry is developing itself rapidly. What was amazing last year, is at present out-of-date and not remarkable. However the prices are still huge. 3D printers depreciate very quickly. Whatever you buy today in the next year will be worth about one half of the current price. Keep it in mind, when you’re going to buy a device worth more than 2500 €.

Yes, I know that is sounds schizophrenic. I described deeply eight disadvantages of 3D printing and now I’m telling that “besides it’s awesome”. I can’t do antything with it, but it’s just true. 3D printing has a lot of drawbacks and shortcomings, but there’s no denying, that it’s fascinating and has an enormous potential. It has a great influence on technology and industry. It helps a lot of companies and people to develop themselves. It generates new workingplaces and has a possitive influence on market. Altough from a global perspective its share is not impressive, according to several reports and analyses it’ll have a key meaning in the near future.

How does my 3D printer work and where I can find 3D models to print? 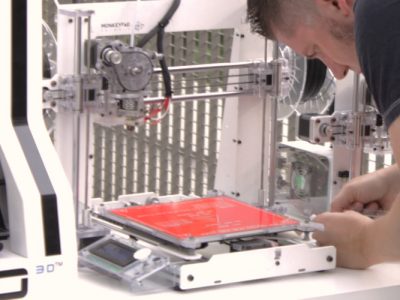