Patent issues are an integral part of the world of 3D printing, which are keeping everything structured. It is worth thinking back to 2009, when the patent for the FDM technology invented twenty years earlier by Scott Crump expired. It was the beginning of the rapid increase in the popularity of 3D printing technology. On the basis of the then expired patent, manufacturers began to create “their own” designs, significantly increasing the availability of 3D printers on the global market.

Few days ago, on February 27 2021, the Stratasys patent for the heated working chamber expired. The patenting of a relatively simple technology of heating the working chamber during 3D printing was a smart move made by Stratasys, naturally blocking their competition. Patent US6722872B1 (original title “High temperature modeling apparatus”) was the last of the valid patents of the American-Israeli manufacturer of 3D printers in the field of heating the working chamber of FDM 3D printers. It describes in detail the design of the heated chamber, insulated from the stepper motors and electronic components.

Stratasys has been in possession of the patent since 2000. For companies in the same industry that decided to manufacture and distribute high-temperature thermoplastics manufacturing equipment, it was not without significance. Entering this sector was much more difficult and required the invention of alternative methods of heating the chamber, which would not infringe the solutions covered by the patent. However, this did not prevent many companies from developing their technologies for 3D printing from particularly demanding materials – it is worth looking at, for example, 3DGence or Roboze.

Will the expiration of the patent for the heated working chamber trigger another rapid growth in interest for 3D printing, which we witnessed 10 years ago? Most probably not. In 2009 the desktop 3D printers market was in its infancy, nowadays the situation is much more static in this case. The arrangement on the 3D printing market is clear, the positions of the companies are well-established. Most likely, several manufacturers will be tempted to implement solutions previously owned by Stratasys in their own devices, but it is difficult to talk about any revolution here.

Well, it’s possible. The demand for high-strength materials increases with awareness of 3D printing. Stratasys, losing its monopoly on its method of heating the working chamber, opens up new opportunities for producers – we will find out soon whether they will use them. 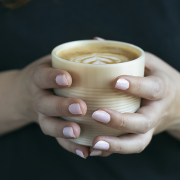 Our course is aimed at individuals, companies and educational units interested in starting ...