Stratasys – leader among the manufacturers of FDM and PolyJet 3D printers, continues its strategy of strengthening its market position, acquires Origin Inc. The deal is expected to be finalized in January 2021, and its value is over $ 100 million. Stratasys has made an initial commitment to pay out $60 million, $6 million is retained by the founders for three years, and another $40 million is dependent on financial results for three consecutive years.

According to a market analysis by Stratasys, additive manufacturing will reach $25 billion by 2025. In their opinion, solutions based on photopolymer resins will constitute a significant part of the production of plastics. It is estimated that the share of polymer resin production systems will grow at a rate of 20% annually from 2020 to 2025.

The merger will enable Stratasys to strengthen its position as an industry leader. This will be possible thanks to the Programmable PhotoPolymerization (P3) technology, created by Origin. Stratasys representatives say that implementing this method in their portfolio will be key to its dissemination. Stratasys predicts an annual revenue growth of $ 200 million over the next five years. Thanks to this, it will maintain its position as a leader in the field of 3D printing from photopolymers in many industries – from military, to medicine and dentistry.

P3 is a technology similar to DLP, in which the light emitted from the projector hardens a liquid photopolymer resin. The method was used in the first production industrial-class 3D printer Origin One. It uses the P3 technology to create high-quality models from a wide range of available resins, with high accuracy and detail. The device allows for precise control of the manufacturing process via compatible Origin software.

The Origin One system is used in many industries, including footwear with ECCO and medical. The COVID-19 pandemic highlighted the importance of additive manufacturing and the suitability of Origin solutions for medical applications, producing hundreds of thousands of swabs, thousands of personal protective equipment and ventilator dispensers for hospitals.

The combination of the strength of the Origin and Stratasys teams will accelerate the development of the technological and product base of both companies. The comprehensive Origin solution will allow for full control of the manufacturing process and high-efficiency, mass production of models from industrial-grade materials. The company worked with major chemical companies such as Henkel and BASF to develop the best resins for their device, even before the premiere of Origin One. Now that the company has become part of Stratasys, work will begin on a wider manufacturing ecosystem.

Origin’s CEO and co-founder Christopher Prucha says that Origin guarantees a solution that allows you to achieve incredible accuracy, repeatability and efficiency of manufactured elements, and works with a wide range of materials. The acquisition by Stratasys will allow Origin to expand its market reach and make its proprietary P3 technology available to a wider range of customers. 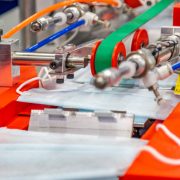 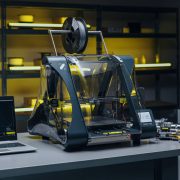