The second quarter of this year was terrible for many companies in the 3D printing industry – the reason was obviously the economic lock-down related to the global COVID-19 pandemic. The leading representatives of the industry in the world, such as 3D Systems, Stratasys, Materialize or GE Additive, recorded several dozen percent drops in revenues as a result of suspension of investments by aviation, automotive and railway companies, which are usually the main recipients of solutions offered by additive technologies. However, this does not mean that everyone is doing equally badly – in another article I described the achievements of the American producer of photopolymer 3D printers – B9 Creations, now we will focus on the German producer of industrial 3D printing systems – SLM Solutions.

Throughout 2019, SLM Solutions hovered on the verge of collapse, recording historically bad sales and financial results. At the end of the year, many organizational changes took place in the company’s structures that were supposed to push it onto new tracks. Although the beginning of this year looked much better, at the beginning of April – in the epicenter of the COVID-19 pandemic, I was wondering if it would not be the end for the producer who contributed to the development of the 3D printing industry? It turns out, however, that no – SLM Solutions is doing better and better, although it still loses money on operating activities. There is, however, quite clearly visible light in the tunnel …

SLM Solutions saw a sharp decline in revenues generated by the aviation industry, but at the same time, the pandemic has created opportunities to optimize supply chains in other industries. Assuming the pandemic does not worsen in the second half of 2020, the company forecasts revenue growth of at least +20%. The positive outlook is based on faster than expected recovery in the US and Asian markets. 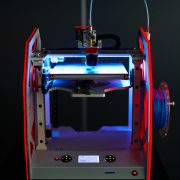 B9 Creations is on the list of 5,000 most dynamically developing companies in the USA