Yesterday we informed that Sinterit – polish manufacturer of 3D printers working in SLS technology, has moved to a new, larger production complex. This fact results from the growing interest in their solutions, among others on foreign markets. Finishing and equipping the new production hall will be possible thanks to the financing of the EEC Magenta Fund, which has invested PLN 10 million (EUR 2,3 mln) in Sinterit.

Selective laser sintering (SLS) technology, developed by the Polish company Sinterit, has until now been associated with a narrow audience due to the high costs of both machines and their operation. Sinterit is changing the face of this sector, offering products with parameters of precise industrial 3D printers at a price similar to a consumer product. In addition, due to the small size of the equipment and ease of use, the Sinterit product revolutionizes the prototyping process itself, enabling work in office conditions.

Voytek Siewierski, Partner at EEC Magenta and a member of the Sinterit Supervisory Board, enthusiastically welcomed the company from the 3D printing industry to the family of portfolio companies of EEC Magenta funds. Sinterit has its own 3D printing technology and as one of the few Polish companies is already at such an early stage successful on international markets. Subsequent talks with the founders and management of Sinterit confirmed investors in the belief that this is a team that has the knowledge, skills and motivation necessary to create a global company.

According to investors, this is a classic example of “smart-money” investment. EEC Magenta’s contacts with the industrial leaders of 3D printing in Europe, Asia and the United States will allow us to jointly create a company fighting for the position of a global leader in this industry.

Sinterit wants to spend the acquired funds on further product development, equipment and completion of the new production hall, as well as on marketing and sales development. 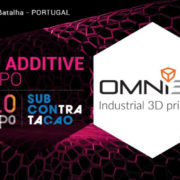