Russia’s attack on Ukraine was to last 3-4 days and end with a spectacular victory for the eastern aggressor. At the end of February, most analysts, surprised by the heroic resistance of the Ukrainian army, said that the conflict would still last 2-3 weeks, and the critical moment was the fall of Kiev. Meanwhile, next week will be the second month of the war, Russia has been pushed to the south of Ukraine and at this moment it is difficult to clearly define when and how it will end?

Like most people in Poland, I try to keep up to date with reports from various fronts of warfare, but I will not make any attempt to assess the current events. I assume that the only thing I really know about is 3D printing, and unlike a lot of “seasonal experts”, I won’t try to analyze things that I don’t really know much about. Nevertheless, Kerry Stevenson from Fabbaloo today raised a rather interesting topic related to 3D printing and our country, which I decided to respond to.

In his article, Stevenson takes up the topic of Ukrainian refugees who fled to Poland before the war and the potential scale of the problem we have to deal with. It also indicates the significant geographic location of our country and the role we play in the logistics of military equipment that goes to Ukraine. According to Stevenson, in the long run, it may turn out that 3D printing will play an important role here, due to the need to supply spare parts for military vehicles involved in the war – and as we know perfectly well, additive technologies work well in this area.

Before I go to the merits of the matter and look at the real ways of using 3D printing in warfare, I would like to raise the issue of cheap 3D printers and the things that are produced on them. A few weeks ago, the mainstream media was quite loud about the initiatives of certain companies that boasted about the production of various accessories to be delivered to Ukraine and to support the fighting soldiers. Most of them are printed on cheap desktop 3D printers, from the simplest and least durable materials (PLA, PETG, ABS). Due to technological limitations (including small working areas of 3D printers and poor properties of the plastics used), there were no serious applications, only specific “war gadgets” – “periscopes”, “knee pads” or “cable ties” “For the wounded.

I am not going to decide on the merits of producing such things. Seen from the perspective of a soldier or partisan, it is probably better to have something like that than not have it. If it turns out to be useless, it will be thrown out – and if at least one of these things saved someone’s life, it was definitely worth doing. Nevertheless, making it a big story is greatly exaggerated. What is needed most in war is:

Printed from PLA or PETG, the periscope with which you can peek around the corner is quite low on the priority list. So if someone has a need for 3D printing of this type of accessory and is better off with it, it’s his / her business… But there are areas where 3D printing can make a real difference.

Historically, one of the biggest beneficiaries of additive technologies has been the arms industry. Initially, 3D printers were used primarily for the production of prototypes, however, over the years, parts made using the additive method were increasingly used in ready-made combat vehicles, ships and airplanes. The reason was obvious – the production scale of the selected units was individual or the shape of the parts was so complicated that only 3D printing was able to meet the requirements set by the designers. In production, either high-performance plastics (polyamides, PEEK or carbon fiber-doped composite materials) or metal powders were used.

For several years, selected armies of the world (in particular the American army) have been testing the use of 3D printers in combat conditions to produce selected spare parts in the field. This facilitates logistics and allows you to react quickly to problems with damaged components. Naturally, the possibilities of this type of 3D printers are very limited and do not allow the production of any part, although 3D printing is the only production method capable of mobile production in difficult environmental conditions.

As for the conflict in Ukraine, the problem that 3D printers can theoretically solve is different. As I mentioned in the introduction, no one is still able to predict how long the war will last? So far, the status of all activities – both on the part of Ukraine and Russia, as well as countries supporting Ukrainians militarily, is of an ad hoc nature. If the Russians had any plan for this war, it became obsolete in the first week of the attack. Since then, everything has been ruled by a more or less spontaneous chaos, in which Ukraine finds itself perfectly at home. NATO countries are limited to the supply of heavy combat equipment and ammunition, but most of it is quite old and very diverse. If hostilities drag on for another months, Ukraine will face a serious problem – the need to repair and service tanks, armored vehicles, planes and helicopters.

Under conditions of war, logistics often decides victory or defeat – this is a key problem for Russia, which has failed in this respect all along the line, and this has translated into the course of its campaign. In addition to their equipment, Ukrainians increase their resources with foreign vehicles, and naturally enrich their arsenal with equipment that has been captured or abandoned by the Russians. For this, all you need parts. If the war ends in the next few weeks, that point will become secondary. However, if it lasts until the fall or longer, it will become one of the most pressing issues to be resolved.

This is where industrial 3D printers can enter the war arena.

The additional equipment that Ukrainians have in their possession is old and varied. Waiting for the delivery of spare parts may in some cases be impossible (because they are physically gone, or, for example, the countries that issued the vehicles in question may decide that they have already done as much as necessary for Ukraine – and that’s enough). The solution is to produce them on demand. Kerry Stevenson writes that Poland could successfully start producing and delivering them. And I agree with him …

For the production of spare parts for military vehicles or aircraft, high-quality materials are needed – high-performance plastics or metals. The use of 3D prints made of PLA on the Creality Ender 3 or Flashforge would pose a greater risk than a benefit due to its low strength and insufficient quality. On the Polish eastern wall, there are many entities that have appropriate machines, working in SLS, MJF, SLM or DMLS technologies. The largest and geographically closest Polish city to Ukraine is Rzeszów – the Polish aviation valley, which is well-developed in terms of 3D metal printing technology. Perhaps this is the right time to look at it properly and take the appropriate steps?

Unfortunately, all this is not so simple – on a computer screen this idea may seem great, but the key problem, as always, turns out to be 3D designs. A digital file is needed to produce any part on a 3D printer. Before you start 3D printing the missing parts, you need to design them. Old tanks and armored vehicles do not have publicly available technical documentation – even if they function in digital versions, no one intends to share them this way.

Thus, the success of the concept of mass 3D printing of spare parts from polyamide powders or metals is based on the need to meet two conditions:

This is a huge challenge, but it is hard to find a more appropriate time to try to take it than now. Organizing contests for interesting “war gadgets” made of plastic is a good first step, but it would be even better to create a database of parts that could be used in real military equipment. If serious companies from the 3D printing industry and the design industry were to engage in the topic, it could bring real help. 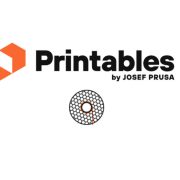 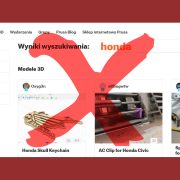