March 30 this year we informed that the PRUSA Research platform with 3D models has been rebranded and is now operating under the name Printables. At the same time, Josef Průša once again emphasized his ambition to make his repository the largest in the world by dethroning MakerBot / Stratasysa’s Thingiverse. What he probably did not anticipate is that if you want to play in the Premier League, you have to face much greater challenges than the number of active users or files. This is Honda – one of the largest car manufacturers in the world, has led to the removal of all 3D models that refer to its products – regardless of whether they were copies of existing solutions or completely new things compatible with its cars.

“Taking off” 3D models from Thingiverse due to infringement of copyrights of various companies is a topic that has been dragged on since the mid-10s of the 21st century. In 2017, at Disney’s “request”, 3D models related to the Star Wars universe were removed from the platform, and in 2019, Wargaming Group Ltd. – the creator and owner of one of the most popular online games, “World of Tanks”, removed the models 3D tanks featured in the game. In both cases, the deletion was “total” – evident copies of existing projects were removed, as well as all kinds of interpretations or fully original models that referred to the above-mentioned brands in the name or description. Honda did the same – both copies of existing car parts and a whole lot of proprietary adapters, gadgets and modifications have disappeared from Printables.

PRUSA Research has confirmed that the company has received a letter from a Honda lawyer stating that it is required to remove any model that uses the word “Honda” – both the part model and the Honda related trademark / logo. The call also concerned the naming of the files themselves, as in the case of Honda this would be considered an infringement of their trademark / patents.

As of the day of writing this article, there are still over a dozen (16) 3D models on Printables with the word “Honda” in the name – it is possible that they were published after the library was “cleaned”. An interesting fact, however, is that on other platforms with 3D files – Thingiverse, Cults3D, or CGTrader, we can find a lot of 3D models related to the brand of this manufacturer. Everything indicates that Printables was taken under the scrutiny by the lawyers of Honda (or rather its European headquarters). The Drive service was the first to describe the case – PRUSA Research refused to present a letter from a law firm, while the European branch of Honda did not answer the question sent several times. The information from the Japanese manufacturer was confirmed by Honda Motors North America, which indicated the European branch as the initiator of the legal action.

Also Josef Průša – the mainstay of open-source and open hardware movements, felt what it was like to play a game with large, multinational corporations. While respecting and fully appreciating his contribution to the development of these movements, we now see that everything sounds good, but only to the moment when you receive a long letter from a lawyer encouraging you to “take appropriate action” … 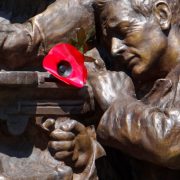 Seriously about 3D printing and the war in Ukraine 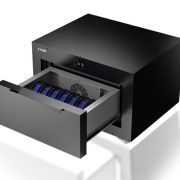