Zortrax, a Polish manufacturer of 3D printers, has been developing the base of its products for years – 3D printers, consumables and dedicated programming solutions. Now, the Russian company Rusatcom – Additive Technlogies (RusAT) has expressed interest in the company, announcing that it has signed a term sheet. This document concerns the acquisition of shares representing no more than 50 percent the company’s share capital.

The value of the potential transaction is particularly impressive – the valuation of no more than 50% of the share capital is estimated at approx. USD 65 million, i.e. approx. 253.3 million. According to the signed term sheet, RusAT would acquire 13,850,700 of the company’s shares issued so far and acquire 88 million shares of the new issue.

RusAT is part of the Russian fuel company TVEL, which mainly deals with the extraction of uranium ore and the production of nuclear fuel. For the eastern company, it may be an attempt to enter the European market. As we read in the announcement, “According to the Term sheet, RusAT has an exclusivity period of 3 months from the signing of the Term sheet, during which the Company and its related entities, including the Founders, will not enter into any agreements or transactions for the sale of the Company’s shares. During this period, RusAT will conduct due diligence of the Company. “

The intention of both parties is to close the transaction by the end of the current calendar year. If the transaction is successful, it will be the highest investment in the Polish 3D printing industry so far.

Currently, as part of the subsidiary Zortrax Dental, the company conducts a campaign via the crowdway.pl platform, the purpose of which is to issue shares in the form of crowdfunding. The assumed value of the shares to be allocated is PLN 4,000,000 – so far, owners have been able to find nearly 10% of the issued shares. There are 26 days left until the end of the campaign. 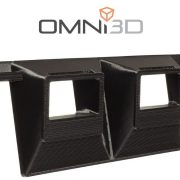 3D printed adapter for special cars made by Omni3D 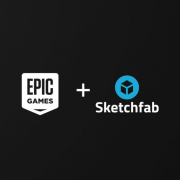