Israeli startup Redefine Meat – one of the leading producers of alternative meat products created in the 3D printing process, has obtained 135 million dollars of financing to increase production and further develop its technology. The Israeli start-up’s New Meat products can be found in over 120 restaurants in Israel, the Netherlands, Germany and Great Britain.

Redefine Meat will use the new capital to set up two production plants in Israel and the Netherlands to produce its plant-based 3D-printed products and to expand cooperation with more restaurant chains in Israel and other parts of the world.

Although news of the investment was made public by the Israeli media portal Globes on January 23, 2022 and confirmed shortly thereafter by Redefine Meat CEO and co-founder Eshchar Ben-Shitrit, the multi-million dollar Series A funding round actually closed on August 23 last year. The round was led by the company’s returning major investor – Tel Aviv-based Hanaco Venture Capital, which specializes in investments in early-stage tech companies, and Synthesis Capital, a British fund specializing in the food technology sector. Total funding Redefine Meat has received to date now stands at over $ 170 million.

Founded in 2018, Redefine Meat targets its products at ‘meat lovers’ rather than traditional consumers of plant-based proteins. The company says its products duplicate the texture, flavor and culinary experience of beef, using only plant-based ingredients. Since obtaining the investment, the start-up has employed 100 people and currently has 150 employees. This is an increase of 320% in one year. The company expects to grow at a similar pace in the coming year. 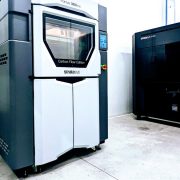 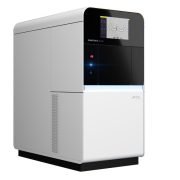