As you know, the problem of excessive production and consumption of non-biodegradable plastics still remains unsolved, which is why scientists are constantly looking for a way out of the deadlock of excessive plastic production. Among them are researchers from the British Manchester Metropolitan University, who are starting a new project under which they will create everyday objects from used plastic materials. According to the creators, the project is pioneering and its value is estimated at almost € 10 million.

As part of the project, scientists will work on creating high-quality production raw material from waste, and then produce elements using them using two technologies – injection molding or 3D printing in FDM technology. The project is interdisciplinary and will cover issues in the field of Industry 4.0, new generation materials, 3D printing and production in accordance with the principles of sustainable economy.

The huge challenge faced by specialists dealing with sustainable development is not only the production of elements from thousands of tons of waste from landfills in the entire North-West Europe, but also the creation of economic demand for the use of recycled plastic materials by companies.

Andy Burnham, the mayor of Manchester, supports the newly formed initiative, saying that city residents are committed to reducing the consumption and production of disposable plastics. The assumptions of the project are as much as possible consistent with the goal set for the city – by 2038, Manchester plans to become carbon neutral.

As part of the project, researchers from Manchester Metropolitan University will work closely with PrintCity, an additive technology company. Together they will deal with the possibility of using recycled materials in production, as well as raising awareness about the possibilities of multiple use of polymer materials. The first pilot plants for obtaining materials from recyclable materials will be established next year.

This is another of a series of projects in which recycled materials are being attempted to be used as 3D printing materials. We recently wrote about the ecological Kickstarer campaign, in which phone cases are created from plastic taken from the seas and oceans.

The Manchester Metropolitan University project is unique because its goal is more than creating products from recycled materials. He is guided by the idea of ​​changes and his goal is to transform the linear recycling model into a cyclical one so that the same raw material can be used up to several times. 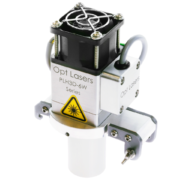 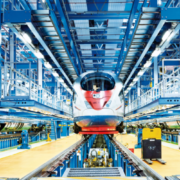