Nano Dimension is a company that specializes in 3D printing PCBs and circuits, and is also one of the largest 3D printing companies listed on the stock exchange. Their flagship device, the Dragonfly 3D printer, can print complex, multi-layer PCBs, even in non-planar configurations. This allows the production of highly compact electronics for small devices. Now the company has made a big step forward in the field of comprehensive additive electronics manufacturing by acquiring Essemtec, a specialist in assembly systems.

As part of the transaction, Essemtec will receive $ 15.1 million on signing the deal and up to $ 9.7 million for reaching certain milestones over the next 14 months. The total value of the transaction is USD 24.8 million.

The essence of Nano Dimension’s activity is the production of PCBs themselves and electrical paths on its surface and inside. At the same time, Dragonfly 3D printers cannot print the electronic integrated circuits themselves or other sophisticated electronic components that are mounted on the board.

That will change with the acquisition of Essemtec, which specializes in assembling these components. The company’s area of ​​activity is:

What’s more, Essemtec also has software to make this hardware work together.

Nano Dimension, which can produce highly complex PCBs, will now have the resources to apply chips and components to the PCBs in an efficient manner suitable for large-scale production. The company can theoretically combine these technologies into a single system that will be able to produce fully functional plates that are printed with additive manufacturing. 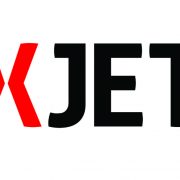