Chinese Creality within a few years has gained the position of the leading producer of cheap, amateur 3D printers in the world. The company is known primarily for the Ender 3D series, which, despite numerous imperfections, is a very solid, low-cost solution for people who want to enter 3D printing without incurring significant costs – and without a greater risk of feeling a loss if it turns out that additive technologies do not are something that will interest them in the long run… At the same time, the manufacturer is also developing a number of other devices – not only in the segment of 3D printers. An example is the recently presented laser engraving device – CR-Laser Falcon.

The laser engraving option has appeared in Creality’s offer as an addition to the new Ender 3 S-1 3D printer. It began to be so popular among customers that the company decided to launch an independent device on the market. Like the flagship 3D printers, the CR-Laser Falcon is a very budget option, which should not be expected to be spectacularly effective, but it is quite a profitable offer for those who want to start engraving various non-invasive materials such as wood, leather or low-temperature plastics. Although to some extent it also works well for simple machining of steel or anodized aluminum.

The CR-Laser Falcon engraves, but also cuts through softer materials, such as plywood, up to 5 mm thick. When it comes to engraving, CR-Laser Falcon can engrave in black and white mode, grayscale mode and outline mode. The maximum engraving depth is 3 mm. The working area of ​​the device is 40 x 41.5 cm. The frame is very primitive simple, based on aluminum profiles known from the manufacturer’s 3D printers. The laser is available in two power options – 5W and 10W, which is perfect for amateurs, but completely unsuitable for any serious production work. The focusing system consists of a fixed focal length lens and a sliding facilitator that allows users to quickly focus by adjusting the facilitator to the type of material (or the height of the subject).

The CR-Laser Falcon has a built-in spirit level for positioning the work area and a cutting preview function, where the laser head illuminates the work area with blue light to allow visual confirmation that it will start working in the place expected by the user. The laser is surrounded by a shield to protect against laser radiation and, according to Creality, meets FDA Class 1 safety requirements and can filter 90% of UV light, which means users can operate the engraver without protective goggles. The device is compatible with popular GRBL programs such as LaserGRBL or LightBurn. 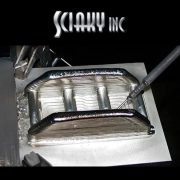 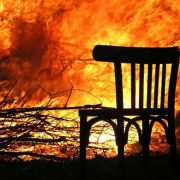