Earlier this week, Copper3D – a Chilean manufacturer of antibacterial filaments for 3D printing, presented the latest version of its N95 mask – NANOHACK 2.0. As the creators emphasize, their solution is not a medical product and does not try to be regarded as such – it is supposed to be so-called “last resort device” and help the COVID-19 coronavirus to spread. Although some controversy has arisen around the original Chilean mask design, a few days ago its utility was dispelled by the US National Institute of Health (NIH), which included the project in the repository of medical 3D printing models.

On March 18th Copper3D launched the very first version of the N95 mask which was designed and perfectly optimized for 3D printing on desktop 3D printers of the FDM / FFF type. The project was released under an open-source license and has been simultaneously patent pending to prevent other entities from commercializing it.

The project called #hackthepandemic met with great interest from the 3D printing community, which began mass production of Copper3D masks. It turned out quite quickly, however, that the design was far from perfect and many people reported recurring problems with their assembly. In addition, the popular but controversial Chinese YouTuber – Naomi “Sexy Cyborg” Wu launched a hate campaign, accusing Chileans of using a pandemic to promote their own products and called them scammers.

Copper3D took to the heart the words of criticism (at least the constructive ones…) and over the next two weeks prepared a new mask design that solved most of the reported problems. At the same time, company began extensive consultations with doctors, scientists and health institutions that tested their solutions giving feedback.

Importantly, regardless of the anti-3d-printed-mask campaign conducted by Naomi Wu in social media, it turned out that a whole bunch of reputable companies, including HP, began work on their own designs of N95 masks printed on 3D printers. Even Czech Škoda joined the 3D printing of masks.

This week, the Copper3D project has been recognized by the US National Institute of Health (NIH), which included the project in the repository of medical 3D printing models.

The manufacturer also encourages companies to cooperate in the field of 3D printing of their masks – all the time stipulating that they are not strictly medical devices. Just as we stated in previous article:

The company notes that:

– their mask model is not an N95 mask, this is Copper3D’s own interpretation of the protective mask,

– it should not be used as a personal protective equipment in high-risk stations, treated as a tool to minimize the risk of infection,

– it should be used for a maximum of 8 hours a day, and then discard the used filter,

– it is necessary to properly care for the cleanliness of the mask by using it in clean, soapy water. Copper antibacterial materials must be decontaminated chemically (e.g. with high-grade alcohol), 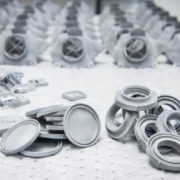 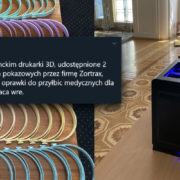