Nearly a week ago, the Canadian government issued the Canadian Environmental Protection Act (CEPA) – a law in which the country’s authorities commit to protecting the environment. A controversial issue is the country’s recognition of plastics as a “toxic substance”, thus providing government with powers to regulate the plastics market and restrict the distribution of certain products.

This is opposed by representatives from the plastics processing industry, who claim that the government’s approach in this matter is too strict and detrimental to companies in their sector. However, the party in power in the country is firm on this issue and declares that in 2021 a ban on the use of certain disposable plastic packaging will be introduced.

There is a lot of talk about excessive production and consumption of plastic materials – also in the context of 3D printing. It is hard to deny that plastic is an integral part of additive technology, especially in the case of amateur and hobby use of 3D printers, which is an important part of the 3D printing industry. Should Canada’s position, which may also influence the attitude of other countries towards plastic production, disturb the representatives of the 3D printing industry?

For now, you can be calm. As Kerry Stevenson from Fabbaloo explains, Canada has no intention of completely banning the use of plastic, but is only paving the way to regulate the production and distribution of some plastic items – including the infamous straws for drinks. Why, then, was plastic described as a “toxic substance”?

It is a microplastic, i.e. a small piece of plastic that is formed during the degradation of plastic. The small size does not mean, however, that it is not dangerous. On the contrary – microscopic pieces of plastic easily penetrate not only to animal organisms but also people, negatively affecting their health (example of Bisphenol A and its effect on hormonal balance).

So what is worth doing in such a situation? Do not panic and approach the problem with the head. Instead of materials made of fossil fuels (ABS) it is worth using PLA, which is a natural polymer. If this is not enough for you, more and more manufacturers offer filaments from recycled materials – e.g. Fiberlogy R-PLA, or natural materials. When 3D printing, it is also worth paying attention to the number of support structures and limiting them to the necessary minimum.

According to the researchers, 3D printing used for appropriate, specific applications may prove to be a better solution for the environment than conventional manufacturing methods. Here, considerable impact has “on demand” production at the destination, which eliminates the costs and pollution resulting from transporting parts.

In addition, the community associated around 3D printing technology proves that the fate of the planet is not indifferent to them. It is worth mentioning here the researchers from the British Manchester Metropolitan University, implementing a project in which everyday materials will be made of used plastic materials. Aware 3D printer users understand that the key is not to stop additive production altogether, but to use it reasonably and responsibly. 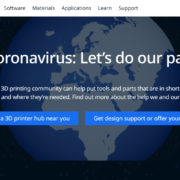 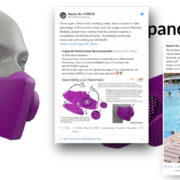