Over two years ago, we informed about the investment made by BMW. The company has decided to allocate € 12.3 million to a new additive technology center in Germany in Oberschleissheim, north of Munich. At that time, it was assumed that the center would be opened in 2019, but due to complications caused by the COVID-19 pandemic, the opening was added in time. Despite the complications, Additive Manufacturing Campus was launched yesterday, on June 25 this year.

The new center was created for the production of prototypes and final products. In addition, the new complex will serve as a research center where new 3D printing materials will be tested. Ultimately, the total investment amount was € 15 million. However, the manufacturer believes that the actions taken will allow it to become a technological leader in the use of 3D printing in the automotive industry.

Milan Nedeljković, a member of the management board of BMW AG, said at the opening of the new center that 3D printing technologies are an integral part of the global production system of BMW. He believes that in the near future new technologies will allow digitization and shortening of production processes, while ensuring increased efficiency.

Daniel Schäfer, senior vice president of production integration at the BMW Group, announces that the company’s goal is still to implement additive technologies in the production chain. At the same time, 3D printing will be even more used in the design and development of new solutions.

BMW has been using but also invests in solutions from the 3D printing industry for many years. As one of the first they invested in super-fast 3D CLIP printing technology, and as one of the first they could use it, becoming the company’s beta testers. A similar model of BMW cooperation has been concluded, among others from Desktop Metal or Xeometry.

The equipment of the new BMW Additive Technology Center is impressive. The devices of the most respected producers such as EOS, SLM Solutions, Desktop Metal, HP, Carbon 3D and Nexa3D stood in one place. Equipping the Incremental Technology Center with devices operating in such a variety of technologies allows for intensified research into the possibilities of methods and matching the most suitable manufacturing technology to a given application.

In addition to production, the devices allow specialists to test their capabilities and work on optimization so as to automate production as much as possible and reduce the amount of manual work. 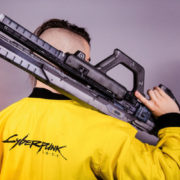 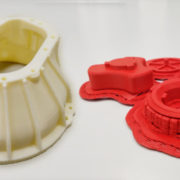