German RepRap – the manufacturer of large-format FDM / FFF 3D printers, was taken over by the family company Hehl – Keinath (Eugen Hehl, Juliane Hehl, Michael Hehl and Renate Keinath), which is the owner of a giant on the injection molding machine market – Arburg GmbH. The company, which has been developing its own 3D printing technology APF (Arburg Plastic Freeforming) since 2013, will support the company it has just taken over in the area of ​​implementation of industrial plastics in its production processes and will naturally develop the distribution channel.

German RepRap is a relatively little known brand outside european 3D printing market, however, it has an established position in the Germany and in selected Western European countries. Initially, the company developed low-budget desktop 3D printers to focus on the production of large-format machines for industry a few years ago.

The new owners emphasize that they do not intend to make any rapid changes in it – the company will continue to employ 23 people, and will be headed by the current managing director – Florian Bautz. The acquisition does not mean that German RepRap will be absorbed into Arburg’s structure, but will work closely with it, making use of its resources.

Arburg specializes in the production of injection molding machines and lines, and since 2013 it has been developing a line of industrial 3D printers from the Freeformer series. Arburg machines use the APF technology (Arburg Plastic Freeforming), enabling printing of thermoplastic models from pure pellets form, i.e. identical to those used in the injection molding process (plastics transformed into a filament must undergo more or less modification in the process of their production) . The material is melted in the print head and then sprayed under pressure in the form of small droplets onto the work table / subsequent layers of the model (in the case of traditional FDM / FFF 3D printers, the material is applied continuously).

The Freeformer machines have a closed and heated working chamber (up to 200°C), which allows the use of a wide range of engineering materials. Materials are in the form of pellets and can be supplemented during the 3D printing process. In APF-based systems, the printheads remain stationary while the work table is controlled in all three XYZ axes. 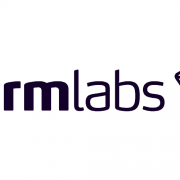