3D Systems has published its financial results for 2020 as well as the results for the fourth quarter of last year. The company generated revenues of USD 615.6 million, which makes it the largest in terms of revenues in the global 3D printing industry (ahead of the second on the Stratasys list by less than USD 10 million). 3D Systems saw its revenue increase by + 10.5%, although in Q4 it fell by -12.6% year-on-year. However, the company explains this decline only by divesting non-core assets. At the same time, during a conversation with shareholders, the president of 3D Systems – Dr. Jeffrey Graves announced that in the face of Vladimir Putin’s aggression against Ukraine, the company is suspending all sales to Russia.

In a conference call with shareholders, Graves boasted that the company had released “the most new materials in its history,” explaining its ever-growing revenues in the product sector. Revenue growth is also fueled by strong demand for healthcare and industrial products, which increased by + 40% and + 24% year-on-year respectively. Revenue from services was just $ 33 million in Q4 2021, down 45% compared to the same period a year earlier. .

A very important aspect in the situation of 3D Systems are the effects of the extensive restructuring announced in August 2020. As a result, operating costs fell to USD 297 million in 2021, and the company’s representatives predict that this value will further drop to USD 225-250 million in 2022. While that sounds good news, it’s worth noting that the valuation of 3D Systems has fallen by -48 million dollars as a consequence.

At the same time, 3D Systems also made acquisitions of other companies, in particular in the area of ​​solutions for medicine and industry. The company acquired Allevi, a manufacturer of 3D bioprinters, a company specializing in liver bioprinting – Volumetric Biotechnologies, software development company Oqton, Additive Works, and more recently Titan Robotics and Kumovis.

In an interview with shareholders, Jeffrey Graves also announced that 3D Systems will oppose “unacceptable humanitarian implications” over Russia’s invasion of Ukraine and immediately suspend all sales of its products to Russia, adding that he hopes the situation will be “resolved quickly and peacefully “and the citizens of Ukraine will live in” a free country with an elected representative government. “ 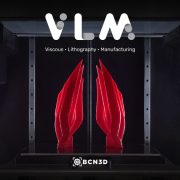 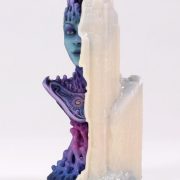